Berlin : “There is no feeling among western European nations that there is a military, economic or political threat by the Russian Federation. Therefore, they will not agree to US President Donald Trump’s stand taken at the NATO summit in Brussels. If US President Trump continues with his aggressive stance, it will bring an end to the NATO,” warned former German State Secretary for Defense, Willy Wimmer. 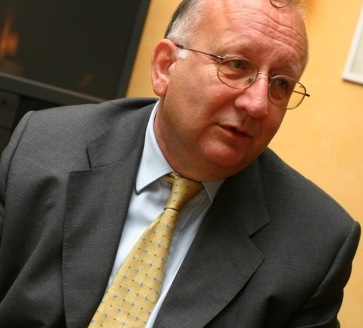 Two days ago, at the NATO summit in Brussels, US President Donald Trump had adopted an extremely aggressive role on the issues of Russia’s threat to Europe and defense spending of member nations. The United States alone would not pay for NATO’s expenses, warned Trump after slamming Germany. In a statement issued before the NATO summit, the US President had also indicated reducing deployment of the US troops in Europe. Trump’s tweet that came on the heels of the NATO summit, claimed that the NATO allies have agreed to increase their defense funding to 4%.

‘The backing that the NATO received from Europe is substantially decreasing. There is a feeling of discontent in Europe due to the US-led military manoeuvres performed by the NATO in the last few years. If NATO continues its policies as per the United States, it will lose all the support from Europe. Western European countries are no longer willing to support Anglo-Saxon wars. The NATO wars in Afghanistan and Mali are considered to be the cause behind the recent migration crisis in Europe,’ said Wimmer while shedding light on NATO’s decline in trust across Europe.

‘NATO had become an outdated organization for Europe the moment it adopted the ‘Charter of Paris’ in 1990. The agreement was signed with intent of “No longer war in Europe”. However, the NATO has brought war back to Europe,” hinted former German State Secretary for Defence. Along with the defense expenditure, the US President has been consistently pressuring the European nations on cooperation and trade with Russia. European masses would topple the leadership in those countries which would act on the policies given by US President Trump,’ Wimmer warned further.