Stockholm – ‘Although Sweden is a safer country than most others in the world, today the threat to Sweden has increased. Everyone in the country needs to be aware of this,’ the Swedish government warned the country’s population to be prepared for any disaster including war. The Swedish government has published a 20-page booklet which suggests ways to prepare for war and other situations such as cyber-attacks, terrorist attacks and natural calamities. This is the first time since the Cold War days in the decade of 1960-70 that Sweden has published such a booklet and warned its public to be prepared.

The ‘Civil Contingencies Agency’ on Monday morning, released a 20-page booklet titled, ‘If Crisis or War Comes’, published in 13 languages, at a press conference held in the Swedish capital of Stockholm.

The booklet contains suggestions for the Swedish people, as to where and how to take shelter, how to store the food and other essentials, which information should be trusted and so on, in case a war breaks out. This booklet will reach every Swedish citizen within one week, informed ‘Civil Contingencies Agency’ Chief Dan Eliasson. The booklet clearly states that Sweden will never surrender in the event of an attack from an enemy nation. 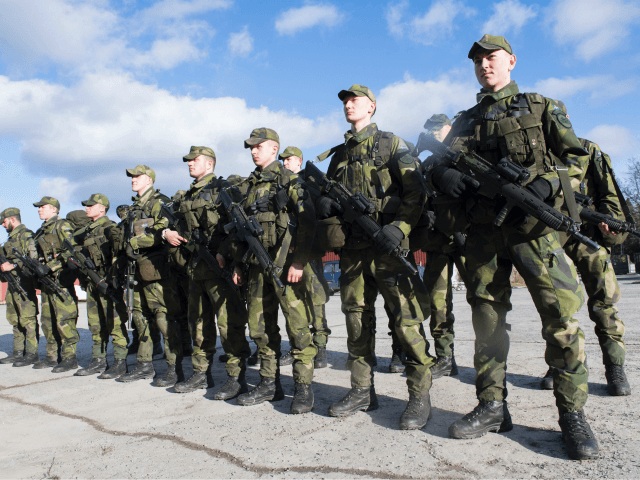 ‘If a war breaks out near Sweden, this country will also have to face the consequences. Import of food and other essential commodities can get affected,’ said Christina Anderson, a senior official at the Civil Contingencies Agency while explaining the purpose of this booklet. A similar booklet was published in Sweden in 1961, during the days of the Cold War.

Sweden, who had heavily cut down its defence budget after the end of the Cold War, made major policy changes after the Russian attack on Crimea in 2014. Sweden focused on its defence preparedness after unknown submarine movements were detected near the Swedish maritime border. Sweden announced reinstating of compulsory military service for its civilian population, last year. Subsequently, it was also decided to reactivate the Swedish defence base at Gotland in the Baltic Sea.

The Swedish government, under the guidance of the Defence Commission had prepared an independent report last December, recommending an annual provision of 400 million USD for modernization of its armed forces. Although, Sweden is not a NATO member, it has maintained its cooperation with other NATO members through the NATO program ‘Partnership for Peace’.