Moscow – ‘If the US strikes Syria again, the world will face global chaos’, threatened Russian President Vladimir Putin. The Russian government sources confirmed this, citing discussions between Putin and his Iranian counterpart, Hassan Rouhani. Both Putin and Rouhani termed the recent attacks on Syria by the US, France and UK as being illegal and a violation of sovereignty of Syria, claimed the Russian government sources.

In a meeting with the Security Council of the United Nations, Russia had presented a resolution against the attack carried out by US and the other nations. But the isolation of Russia was evident as members nations did not back it and even China refused to take a firm stance against the US, leaving Russia all alone. But it can be seen that Russia has turned even more aggressive following the isolation. The Russian President has threatened the US and allies against launching any more attacks against Syria.

If the Syrian regime carries out another chemical attack, the American missiles are already prepared, claimed Nikki Haley, the US Envoy to the UN. It is against this background, that the new threat by the Russian President is issued. He responded to it by saying, ‘An attack on Syria would be considered a violation of the rules of the United Nations, and if such violations continue in future, the world will face extreme chaos.’ claimed the Russian government sources citing Putin’s discussion with Iranian President, Hassan Rouhani.

Meanwhile, Russia has also warned that this attack on Syria will be appropriately responded and Russian President Putin has indicated about this to the US and involved nations. He however did not elaborate on the ways and means of doing the same. This has fueled discussions about Russia’s possible retaliation in the Western media. A former military officer of the UK has warned that Russia could respond in form of a cyber-attack and hence UK, France and the United States must be prepared for it.

Though Russian officials are avoiding discussions on possible retaliation, they are indicating an inevitable possibility of a nuclear war because of the US, France and UK’s attack on Syria.

Moscow/Damascus, 16th April: Russia has dispatched two additional warships along with heavy arsenal to Syria to respond to the attacks carried out on Saturday by the United States, France and UK. Reports of spotting these in the Bosporus Strait near Turkey have emerged along with photographs. 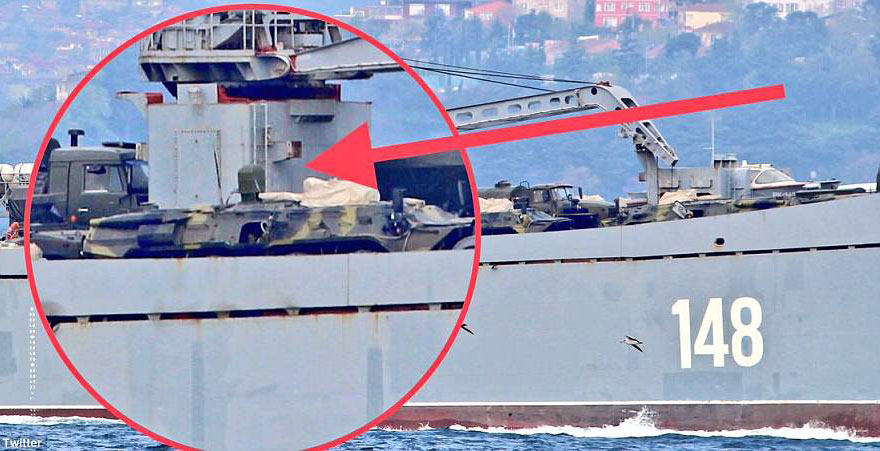 Russia has not only deployed more than 10 thousand soldiers in Syria but is also operating two military bases at Tartus and Khmeimim. Along with these, Russia has also deployed advanced missile defence systems such as ‘S-400’, ‘S-300’, along with advanced warships, destroyers, and submarines. With this support from Russia, the Syrian President, Bashar Al-Assad is also said to have reinforced control over Syria.

But the attack by the United States, UK, and France will turn the tables against Assad, as per the claims.