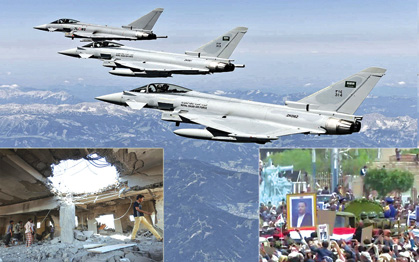 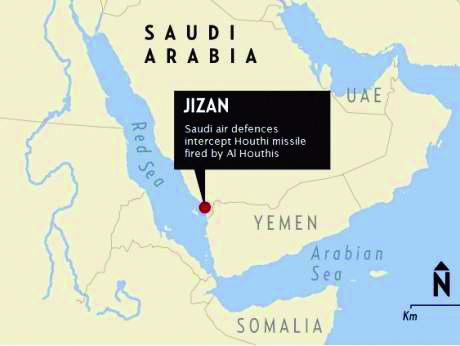 Sana’a – Saudi Arabia has avenged the missile attacks that hit them by launching massive airstrikes on the Houthi rebels in Yemen. More than 50 rebels are said to have been killed in these airstrikes. Other Arab nations too had joint forces with Saudi Arabia in this air attack. This is the third large air attack jointly launched in Yemen by Saudi and its allies in the last ten days.

On Friday, the Houthis had fired 8 missiles at the Jizan Region of Saudi Arabia. Saudi agencies had successfully intercepted 4 out of these 8 missiles. Responding to the Houthi attacks, Saudi launched speedy attacks on the Yemeni capital city of Sana’a.

The Saudi attacks targeted Yemen’s Defense Ministry and other government office buildings. 50 rebels killed in the attacks by Saudi and its Arab allies also include 2 senior Houthi commanders. Though the Houthi rebels have confirmed the attack to have taken place, they have avoided from specifying the number of casualties.

After the Saudi attacks, the Houthi rebels held a massive show of power in the Yemeni capital of Sana’a on Saturday. A senior Houthi leader, Saleh al-Samad, was killed in the air attacks conducted by Saudi Arabia on the 19th of April. Thousands of armed Houthi rebels participated in his funeral that was held on Saturday. During the funeral, some of the Houthi leaders held Saudi Arabia and the United States responsible for Samad’s killing and warned of making the two nations pay for it.

Saudi Arabia has taken an aggressive stance against Yemen’s Houthi rebels who are backed by Iran. In the last few days Saudi has intensified its strikes in Yemen and has particularly targeted the capital city of Sana’a and the city of Hajjah. It was on the 19th of April that Saudi had launched air attacks on Sana’a which were followed by airstrikes against Hajjah on the 22nd of April. By once again targeting the national capital Sana’a, Saudi seems to have sent a warning to Iran.

Yemen has been plagued by a civil war since the year 2015 which has seen Saudi and its Arab coalition partners participate in the conflict. The United Nations has expressed concerns at more than ten thousand Yemenis killed in the conflict.