Jerusalem – Knesset, the national legislature of Israel has authorized the Israeli Prime Minister giving him special power to declare war. Approving a proposal to this effect, the Israeli legislature has made amendments in the already existing law concerning the matter. Under the new law, the Prime Minister of Israel, Benjamin Netanyahu now has the authority to declare war at any moment by consulting only the Defense Minister, Avigdor Lieberman. The authorization given to the Prime Minister comes at a critical time when the tensions between Israel and Iran have shot up to the extremes and both the nations are on the brink of war that could erupt any time.

On Monday, the Knesset, the national legislature of Israel, passed a bill approving amendments to the already existing law on the declaration of war. As per the earlier law it was mandatory for the Prime Minister of Israel to have an approval of the entire cabinet before declaring war. But with the new amendment made by the Knesset, Prime Minister Netanyahu will need to consult only Defense Minister Lieberman before declaring a war during ‘extreme situations’. By giving this special power in the hands of the Prime Minister, the Knesset seems to have delivered an important message to the whole world and particularly to Iran. It was just a day earlier that Prime Minister Netanyahu held a press conference in which he alleged Iran of amassing nuclear weapons by lying to the world. It was before the press conference that the Knesset approved the said bill.

Currently, several countries and their allied groups are locked in an intense conflict in Syria. Israel has issued numerous warnings and alarms alleging Iran of taking the advantage of situation in Syria to establish its military bases there and has also alleged Hezbollah, the pro-Iran radical militia, of being active there. With Syria being a neighbor of Israel, Israel considers Iranian military influence in Syria as a direct threat to its national security. As a result, Israel has for many times launched airstrikes against the bases of Iran and Hezbollah in Syria. In addition to this, Israel has intensified its air attacks on Syria since the last week. 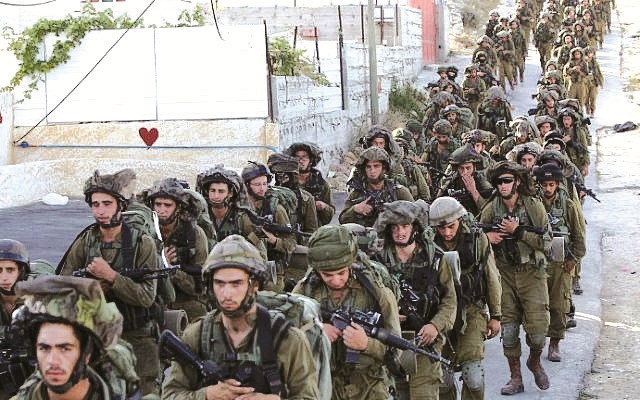 Not only Syria but also Iran and Russia have been warning Israel against conducting these air raids. After its 7 military advisors were killed in a recent Israeli airstrike, Iran has threatened Israel with retaliation. Russia too has taken an anti-Israel stance in the matter. Replying to the same, the Israeli Defense Minister Lieberman has declared that despite the opposition and warnings, Israel will continue to operate freely in the Syrian skies. It was recently that Israel’s Permanent Representative to the United Nations had reminded all about Israel’s conventional policy of not allowing any nation that threatens of Israel’s destruction to have access to or possess nuclear weapons.

It is against the backdrop of all these events that worries are being expressed of Israel and Iran being on the brink of war that could erupt any time and draw all the Middle East nations into its inferno. But the Israeli leadership has time and again been making its adversaries, particularly Iran, aware about the completion of its war preparations. The Israeli Defense Minister has also indicated that if need be, Israel would not hesitate to take on even Russia, which has been supporting Syria and Iran. It is this background that underlines the extreme importance of the aggressive decision taken by the Knesset, which is sure to have far reaching effects in the near future.