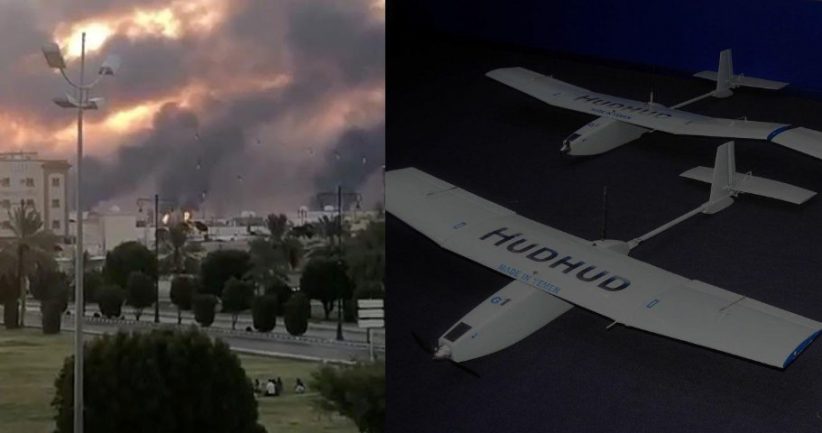 Riyadh/ Dubai: Drone attacks were launched at Saudi Arabia’s most extensive oil processing facilities and a major oil field on Saturday. The Yemenis Houthi rebels have accepted responsibility for both the attacks. Also, a Houthi-linked news channel reported that a massive campaign had been initiated against the Saudi oil facilities. The attacks have revealed that the Houthi rebels possessed advanced drones and the Saudi media are debating the need for Saudi to be prepared with anti-missile defence systems.

The attacks were carried out in the cities of Abqaiq and Khurais in eastern Saudi. Abqaiq is home to the world’s largest oil processing facilities in the world, while Khurais has an oil field. Massive explosions occurred in both the locations at four in the morning. Also, locals claim that they heard firing at the Abqaiq facility. Therefore, both oil installations are believed to have been subjected to terror attacks, although the Saudi authorities have rejected the claims.

The security agencies informed that drone attacks were launched at the state-owned oil giant Saudi Aramco’s two oil facilities. “The attacks had caused substantial fire at the two facilities. After hours we were able to bring the fire under control, and there were no casualties”, the Saudi agencies said. The Houthi rebels have accepted responsibility for both the attacks. Furthermore, the Houthi-run Al-Masirah news channel said, ‘An extensive plan had been devised to rock Saudi oil facilities, and ten drones had launched attacks on the two oil facilities on Saturday.’

“Even in the past, the Houthi rebels have carried out drone attacks on the Saudi pipelines, oil fields, passenger airports and the Yemeni military but, the drone strikes were less severe. Nevertheless, the Saturday attacks were much fierce”, Saudi agencies said. The incident exposed that the Houthi rebels were equipped with advanced drones. The demand for purchasing advanced drone system from the western allies for Saudi’s security and protection from the Houthi drones is gaining ground in Saudi.

Meanwhile, the United States has imposed strict sanctions against Iranian oil exports. Iran was infuriated with the sanctions and had even threatened to disallow oil transport through the Persian Gulf two months ago. After that, oil tankers from Saudi, UAE and other foreign countries were targeted with saboteur attacks in the Persian Gulf. Yemen’s Houthi rebels had accepted responsibility for the attacks. Albeit, the United States and Saudi analysts had accused Iran of being the mastermind behind the attacks.