Canberra: ‘China’s intent with respect to the South China Sea was not recognized on time, and we must not repeat the same mistake with Antarctica. If Chinese activities in the Antarctic are not curbed in time, China will take control of the region,’ the think tank the ‘Australian Strategic Policy Institute’ warned. The warning comes at a time of high tensions between Australia and China, thereby drawing the attention of strategic analysts across the globe.

The Australian think tank has composed a report called ‘Eyes Wide Open’ based on China’s ambitions for Antarctica, its military operations in the region and the threat they pose to Australia. In an interview with a Japanese news agency, Anthony Bergin, a co-author of the report, revealed information on it. ‘Australia had helped China to get into the Antarctic system roughly three decades ago. The country had sought significant assistance from Chinese companies in its research. However, China’s entry into the region has transformed into a risk,’ Bergin said. 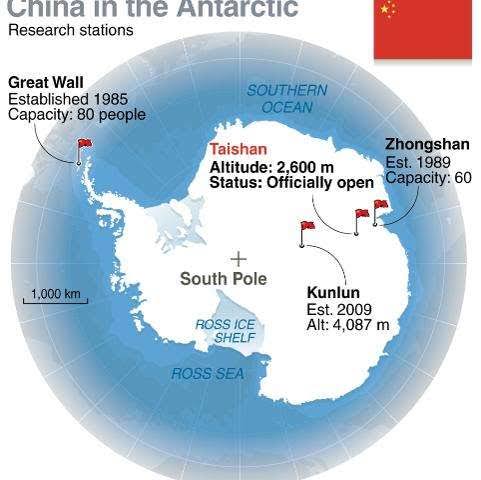 According to President Xi’s policy, the Chinese People’s Liberation Army (PLA) has the authority to take over the private companies at any time. The US Secretary of State, Mike Pompeo, has pinpointed this very fact and expressed concerns over China’s growing investments in the US technology sector. Australia must not remain under the impression that China will not expand its military influence in Antarctica like in the South China Sea, Bergin cautioned.

Antarctica has significant mineral deposits and holds great military and strategic significance. Therefore, the advancements of an overambitious country, such as China, for establishing supremacy in the Antarctic, may prove dangerous not only to Australia but also other countries. As China prepares to assert its superiority over the militarily and strategically significant marine region, the countries threatened by it, appear to have united against China. The United States, Japan, as also Australia, are at its forefront. Moreover, the report ‘Eyes Wide Open’ once again underscores that Australia is closely watching China’s every move in the region.