Washington: ‘The People’s Republic of China is now engaged in an economic blitzkrieg — an aggressive, orchestrated, whole-of-government, and indeed, whole-of-society campaign to seize the commanding heights of the global economy and to surpass the United States as the world’s preeminent superpower,’ US Attorney General Willan Barr alleged. Many essential and critical industries of the US are largely dependent on goods imported from China, and this dependency is extremely dangerous for the nation, warned the Attorney General. At the time, Attorney General Barr sharply criticised the US companies that are collaborating with the Chinese Communist regime despite knowledge of their policy involving theft and predatory tactics. Only last week, the Director of the Federal Bureau of Investigation (FBI) had warned that China posed the greatest threat to the US. 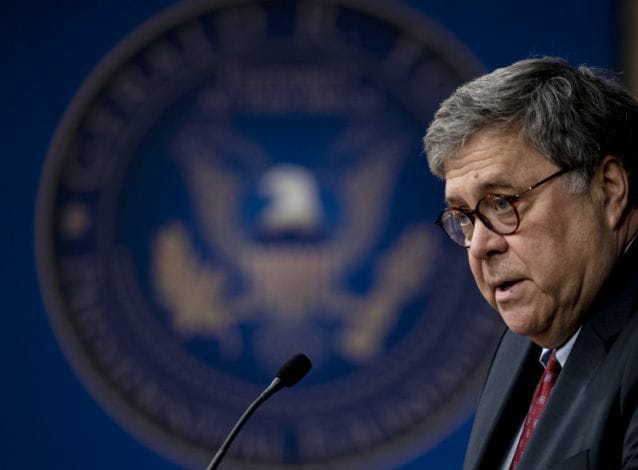 President Trump has consistently adopted a stance against China ever since he assumed power. In the last three years, he has made decisions that have targeted the Chinese regime over various issues. After accusing China of being responsible for the spread of the Coronavirus pandemic, which has claimed millions of lives worldwide, the US initiated a diplomatic war with the country. President Trump has taken the lead in this fight and has charted out a campaign to make the American citizens aware of China’s conspiracies. As part of the plan, senior members of Trump Administration are visiting parts of the US to draw attention towards China’s threat. Last month, US National Security Advisor Robert O’Brien and FBI Director Christopher Wray had provided information on the Chinese activities.

The address of Attorney General Barr at Ford Presidential Museum in Michigan, is part of the Trump Administration’s campaign as well. As he elaborated on the Chinese activities in economy and trade, Barr highlighted China’s ambitious programs such as the Made in China 2025, Belt and Road Initiative (BRI) and Digital Silk Road. Barr stated that the programs were part of China’s ambitious plans to dominate the world economy through production, trade and technology sectors. How the US chooses to respond to the ambitions of the Chinese Communist Party, will become the most critical global matter of the 21st century, Attorney General Barr asserted.

‘The People’s Republic of China is now engaged in an economic blitzkrieg — an aggressive, orchestrated, whole-of-government, and indeed, whole-of-society campaign to seize the commanding heights of the global economy and to surpass the United States as the world’s preeminent superpower. It is trying to achieve this through various means such as intellectual property theft, espionage, cyberattacks, support to Chinese companies for foreign takeovers and currency manipulation of the Chinese Yuan. It is clear that China seeks not merely to join the ranks of other advanced industrial economies, but to replace them altogether’, said Attorney General Barr as he raised the alarm over the Chinese activities. Also, he targeted the Chinese Communist regime as he called it the ‘world’s arsenal of dictatorship’.

As he showered criticism over the regime, Barr took aim at the US companies collaborating with China. America’s big tech companies such as Google, Microsoft, Yahoo, Apple and Cisco, have also allowed themselves to become pawns of Chinese influence, Barr said as he launched the severe allegation. Furthermore, he also lambasted the American film industry – Hollywood. At the end of his address, William Barr called on all US citizens saying that the Chinese regime was running a campaign wherein it was “stealing the future” from the next generation of Americans and the US as a nation needed to unite and fight against it.

London: The UK's Prince Charles, issued a dramatic warning that has struck fear the world over. He said,…