Warsaw: – The Polish Prime Minister issued a stern warning saying, ‘The fuel pipeline Nord Stream 2, supplying fuel directly from Russia to Germany is the new Russian hybrid weapon and Russia will use it to weaken the NATO and European Union.’ Prime Minister Mateusz Morawiecki made this statement in the NATO ‘Parliamentary Assembly’ meet at the Polish capital Warsaw. Only last week, the United States had warned that the ‘Nord Stream 2’ will increase the Russian dominance in Europe and had indicated imposing sanctions against it. 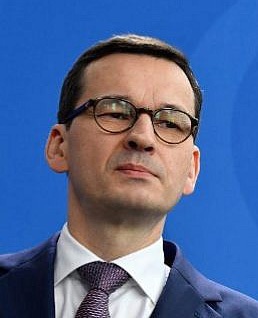 In view of the decades old disputes with Ukraine and the 2014 conflict, Russia has been exploring alternative ways of supplying fuel to the European countries. ‘Nord Stream’ is an important part of the efforts and the first stage is already operational. This has a carrying capacity of 55 billion cubic meters of fuel gas and this capacity is planned to be increased to 110 billion cubic meters through Nord Stream 2. The agreement between Russia and Germany has already been signed and both the countries are working to take the project forward.

But Poland, Denmark, Ukraine along with the European Union have strongly objected to this project and the United States has also supported them. In the month of January, the then US Secretary of State Rex Tillerson, taking an open stance against the project, had warned that it will threaten the energy security and stability of Europe. Poland has been opposed to the project from the very beginning and has consistently said that this project is a threat to European security. As Germany and Russia are pushing the project despite this opposition, the United States and Poland seem to have opened a strong front against it.

Prime Minister Mateusz Morawiecki termed the ‘Nord Stream 2’ as a new Russian ‘hybrid weapon’ and warned that this project will prove to be a poison pill for Europe. Germany and Russia have accused that the United States is deliberately trying to obstruct the Nord Stream 2 project. Russian President Vladimir Putin, while criticising the US leadership, had openly warned that Russia will fight for the project. The German Economic Affairs and Energy Minister Peter Altmaier accused the United States of opposing the Nord Stream 2 project with a motive to increase its own oil exports to Europe.

The United States, NATO and European Union have accused Russia of ‘Hybrid Warfare’, even in the past. Russia has been accused of using methods like, conflict through the rebel groups in Ukraine, release of ‘Fake News’, Cyberattacks, support to the political groups for anti-establishment activities and anti-government protests to fight the ‘Hybrid Warfare’. The Polish Prime Minister’s statements indicate that in future Russia may use fuel as a weapon in the ‘Hybrid Warfare’.