Berlin – The Chinese spacecraft sent to the unexplored – ‘dark side’ of the moon is a critical phase in the space war, claim US analysts and officials. Bob Walker, a former advisor to President Trump, has issued a sensational warning stating that the China’s mission to the ‘dark side’ of the moon is a confirmation on its capability to use the moon for military matters. US analysts also claim that the new Chinese mission is an attempt to surpass the developed countries including the United States in the space domain.

On the 3rd of January, the Chinese spacecraft ‘Chang’e-4′ landed on the mysterious and unexplored far side of the moon. It is the first spacecraft landing on the far side of the moon making China the only country to achieve the historic feat. Chinese Professor Xiyun Hou underlined the importance of the space expedition saying, ‘The Chinese space mission to the moon means that we have surpassed all the western countries in space technology and raced to the front.’ 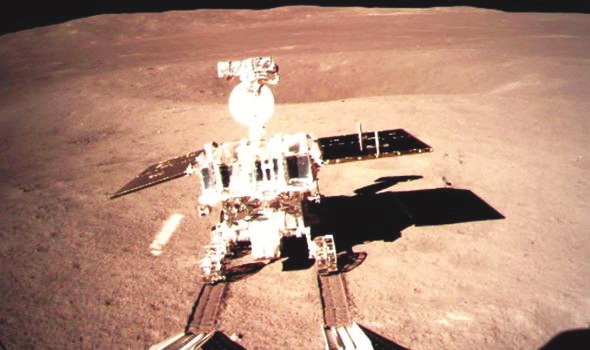 While the Chinese government, space institutions and experts in the field are applauding themselves for the accomplishment, the United States has expressed grave concerns over the matter. Only a few days ago, the US Department of Defense had warned about the ambitious Chinese space program and asserted, ‘It is an attempt to make space central to modern warfare.’ Now other experts and officials are also warning against China’s space program saying that it is necessary to take it more seriously.

Bob Walker, the former space policy advisor to Trump, highlighted the Dark Moon Mission saying, ‘Chinese space program is not only relevant for progress in the space sector but is an attempt to push the entire country in the lead. The space mission which took place last week indicates China’s intentions to use the moon for military purposes in the future. We must understand that the Chinese military activities in space are extensive.’

‘It is now evident that the United States is lagging behind China in the space sector’, Dean Cheng, a senior researcher at ‘Heritage Foundation’, a leading US think-tank, has warned. Moreover, Michael Pillsbury, advisor to President Trump, and Director at the ‘Center on Chinese Strategy’, ‘Hudson Institute’, lashed out at the western world saying that it had ignored the Chinese ambitions in the space sector and its repercussions would soon be seen.