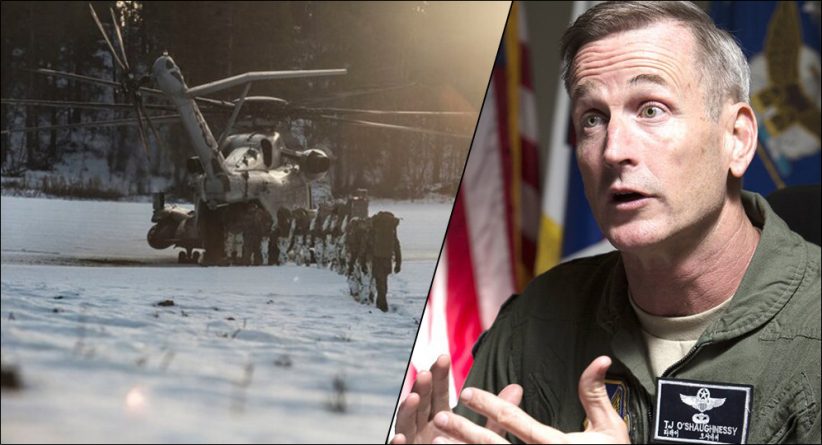 Washington – Considering the growing activities of Russia, China and the like, the Arctic sector has become the ‘first line of defence’ for the United States, a senior US military official claimed. The Commander of the US Northern Command, Terrence O’Shaughnessy underscored the threats in the Arctic sector while speaking at an event in the United States after the Arctic Council meeting held in Finland recently. Previously, the US Secretary of State Mike Pompeo had lashed out at Russia and China saying that they should refrain from additional interference in the Arctic sector and keep away from the region. 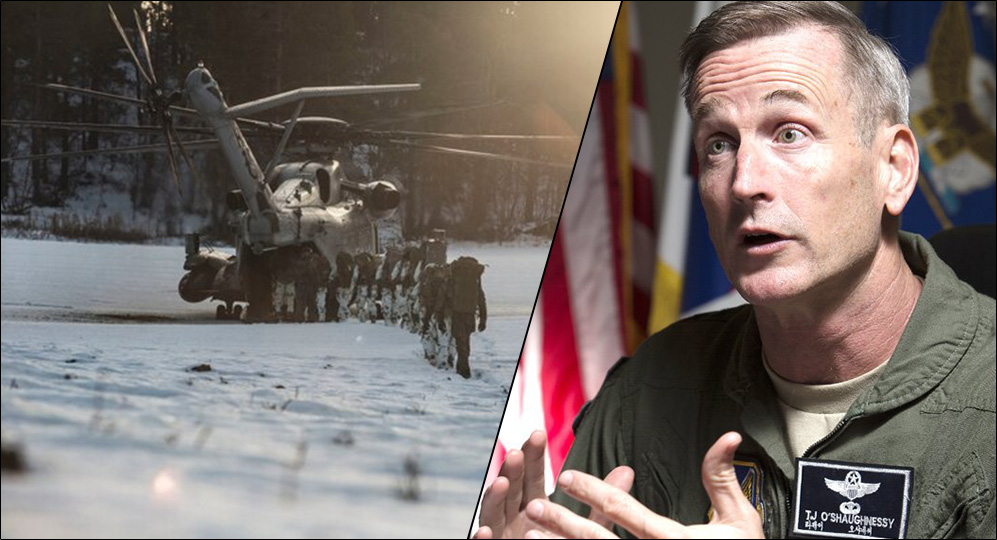 In the ice-clad Arctic sector located at the North Pole, icebergs are melting, opening up new waterways. At the same time, reports of enormous oil reserves in the region have surfaced. All the countries surrounding the Arctic region have, therefore, developed a renewed interest in it and Russia is currently in the lead. Apart from Russia, the United States, Canada, Norway, Denmark, Sweden and Finland have initiated moves to establish their claim over the waterways and oil reserves in the Arctic region.

Only last month, Russia activated a new military base in the Arctic which comprises of 250 soldiers. After that, Russian President Vladimir Putin announced an ambitious Arctic Plan, envisaging nuclear icebreakers, military bases and new seaport for trade. It appears to be Russia’s attempt to prove that it is the foremost claimant for the Arctic region and its geographic location also supports it. China is one of the nations supporting Russia and has declared an independent policy wherein it claims itself to be a near-Arctic State.

The United States has taken serious cognisance of the activities of Russia and China. US Secretary of State Mike Pompeo’s warning in the Arctic Council and the subsequent stance of the senior US military official is a part of the same strategy. While explaining the significance of the Arctic sector, Pompeo made a special mention of the Suez and Panama Canal, which were developed as the gateways for world trade in the 20th century. The Arctic would soon become the Suez and the Panama Canal of the 21st century, Pompeo claimed.

At the same time, Pompeo fired a salvo of criticism at Russia and China warning them to be mindful of the US interests in the Arctic sector. Also, if the countries failed to do so, they would have to face the consequences, he said. Additionally, in a report the US Department of Defense presented before the US Congress, Pompeo also highlighted the exposure of the covert Chinese activities in the Arctic sector.

After Pompeo issued the warning to Russia and China, senior US military officials demanded to prioritise the defence preparedness in the Arctic. Terrence O’Shaughnessy, Commander of the US Northern Command and North American Aerospace Defence Command, has requested enhancement in the military capabilities in the Arctic region. ‘Moreover, the security implications of a warming Arctic are clear – the US homeland is no longer a sanctuary,’ O’Shaughnessy warned. The Arctic is the first line of defence for the United States, he reminded.

In the last year, the United States has initiated taking appropriate steps with regard to the Arctic and has undertaken the development of advanced icebreakers. Interestingly, the United States had taken the initiative for the war exercises with NATO held last year in Norway, which is a part of the Arctic region. The US aircraft carrier USS Harry Truman had entered the Arctic region for the first time during the exercises and is considered to be very crucial for the US strategy in the Arctic.

Number of patients infected with Wuhan ...

Beijing: The expanse of Wuhan Virus infection, in China, has been slow [...]