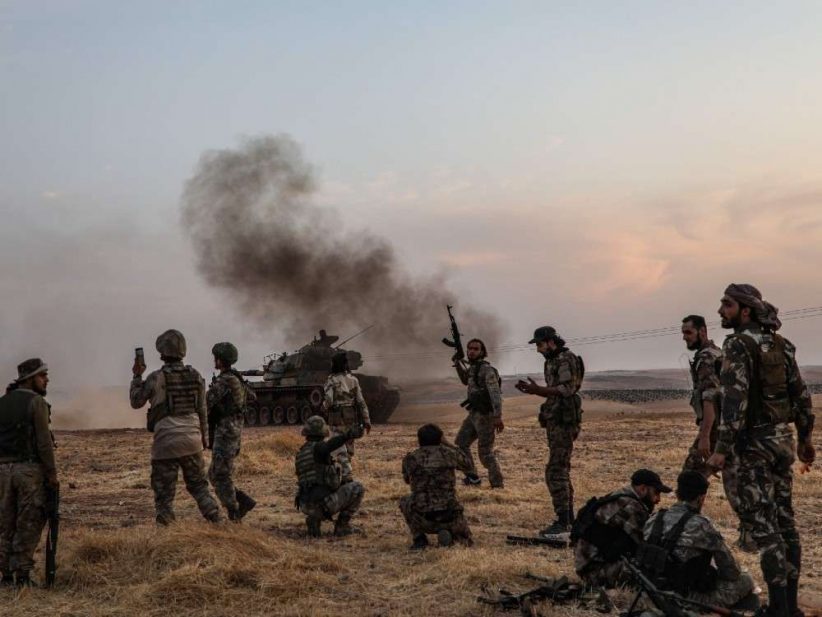 Damascus: The Turkish Defence Ministry claimed to have killed 595 terrorists after infiltrating and launching strikes in Syria while the Kurdish forces have announced killing 175 Turkish soldiers in the counteroffensive. The Syrian military has taken over the city of Manbij whereas the Kurds gained control of Ras al-Ayn. Therefore, the conflict is believed likely to aggravate further soon. 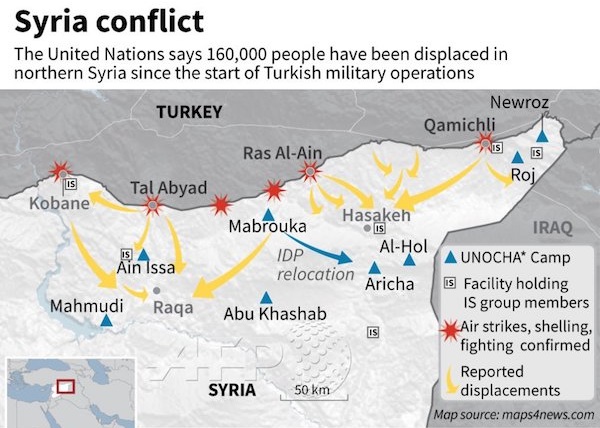 After the Syrian military joined forces with the Kurds, they delivered the first blow to the Turkish army. Assad’s forces and the Syrian Democratic Forces (SDF) carried out a joint operation in Ras Al-Ayn. Two days ago, the Turkish military and the Turkish-affiliated armed groups had wrested control of this city after driving out the Kurdish forces. Losing control over the city, located on the Syria-Turkey border was said to have ended the Kurdish control, over the oil tankers.

However, within hours of striking a deal with the Syrian military, the Kurdish rebels regained control over the city of Ras Al-Ayn which the Assad regime later announced. Nevertheless, the Turkish Defence Ministry has stated that the city was still under their control. The Turkish military had said that they had penetrated nearly 30-35 kilometres inside Syria.

Likewise, Turkey also declared that its mercenaries had taken over Manbij, another prominent city of the Kurds. The Syrian military has however set up a base in Manbij after it was handed to them by the Kurds. Additionally, the Syrian army informed that along with its personnel, the Kurdish and SDF rebels were deployed in Manbij as well.

Moreover, Turkey has stepped up its military deployment following the Syrian army’s arrival at the Turkish borders, to assist the Kurdish forces. What’s more, Turkey’s tanks, artillery guns and military vehicles have reached the border town of Suruc.