Beijing: After the Russian Strategic War Games last week, NATO conducted nuclear war exercises as well. German news agencies as also media published a report on the matter, but neither NATO nor any European countries confirmed the report. However, even the United States participated in the war games along with Germany and the Netherlands, the news agency said. 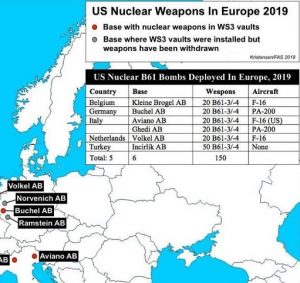 Fighter jets from the United States, Germany and the Netherlands had participated in the exercises named the ‘Steadfast Noon’. A few days before the war games commenced, the US B-52 bombers had arrived in Europe. Also, the German daily asserted that their country had used the Tornado fighter jets during the exercises. Germany’s Buchel Air Base and the Netherlands’ Volkel Air Base were used during the drills.

The US nuclear weapons are believed to be deployed at both European bases. A few months ago, a European daily had exposed information on the locations of the US nuclear weapons in Europe, which included both bases from Germany and the Netherlands. The German media reports say that the US and German aircrafts deployed B61 nuclear bombs and practised potential defence during the war games.

Two months ago, the United States and Russia, both walked out of the Intermediate-range Nuclear Forces (INF) treaty. After that, NATO had offered Russia a nuclear deal. Nevertheless, Moscow had rejected the NATO proposal while highlighting issues such as the US nuclear preparedness and the deployment of its nuclear weapons in Europe. Given the developments, the Russian wargames followed by the NATO exercises, assume much significance. 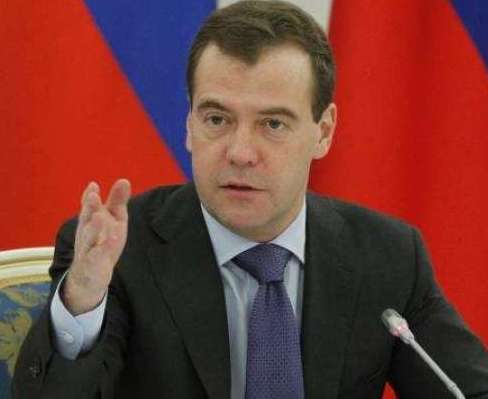 Belgrade: The Russian Prime Minister, Dmitri Medvedev issued a warning saying that ‘When it comes to our security, Russia has to protect its interests and can go to any extent for it. No one can deny us that. We are a large country, we are a nuclear state, and the desire to place NATO bases in our immediate vicinity obviously cannot fill us with positive emotions. We have always responded and will continue to respond to this, both politically and in a military sense.’

In the last few years, the United States has made aggressive moves for the defence preparedness in Europe and has even started building a military base in nations such as Poland. At the same time, the military deployment at the existing bases was stepped up, and Russia has repeatedly expressed its displeasure on the matter.

Moscow - A Russian parliamentarian has created a sensation with his statement, ‘Russia can retaliate…