Washington/Beijing: The details of the law China has imposed on Hong Kong are unclear. However, if China initiated any action in association with the law, the United States would take stringent steps against it, President Trump said as he rebuked China over the law. Legislation for ending the semi-autonomous state of Hong Kong was introduced in the Chinese parliament, and Hong Kong, as well as the US, have showered a barrage of criticism against it.

Friday was the first day of the annual session of National People’s Congress and Wang Chen, vice chairman of the Standing Committee, presented the legislation drafted for Hong Kong. Shen asserted that the bill titled the ‘National Security Law’ was being tabled to help strengthen the systems maintaining law and order in Hong Kong. The legislation was justified by terming it crucial and necessary for China’s national security.

The law comprises of seven articles, but Article 4 is the most controversial among them. The article advocates Hong Kong make amendments to its national security. At the same time, the law has a provision for Chinese security systems to open a workstation in Hong Kong to manage the security if the need arose. This alone strongly indicates the ruling Chinese Communist Party had initiated steps to take complete control of Hong Kong.

The Chinese leaders have attempted to seize control of Hong Kong even in the past and laws introduced in 2003, 2014 and 2019 are part of the same strategy. Among them, the one in 2014, enabled China to exert pressure successfully, although, in 2003 and 2019, the regime was forced to back down.

Last year’s protests are believed the most significant challenge the Chinese regime ever had to face. Under the pretext of the demonstrations and the Novel Coronavirus, China conspired to enact the new security law in Hong Kong. Nevertheless, severe reactions have emerged from Hong Kong as also the US over the bill. 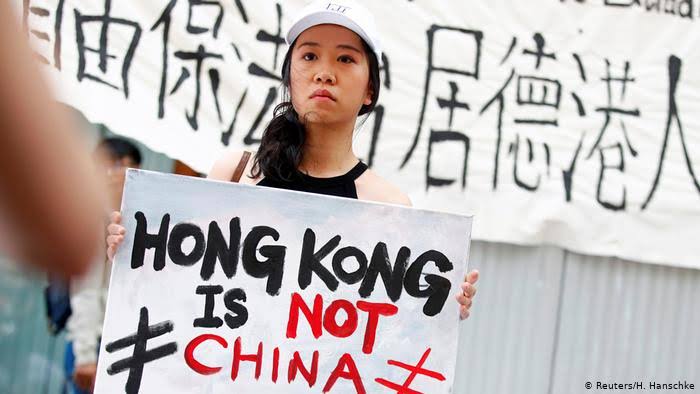 ‘This is the end of Hong Kong. I foresee that the status of Hong Kong as an international city will be gone very soon,’ Hong Kong opposition leader Dennis Kwok criticised. The anti-China representatives launched a strong protest by chanting slogans in the legislature. Even Hong Kong’s share market echoed the displeasure as stocks plunged by 4% on Friday. The pro-democracy activists have called on the Hong Kongers to take to the streets for yet another struggle.

The Chinese law has triggered US onslaught on China. After the US President warned of intense action against China, senior lawmakers also adopted a forceful stand. Senator Marco Rubio has warned the new law would push Hong Kong’s autonomy to the breaking point. On the other hand, Senator Josh Hawley indicated that he and other senators would introduce a resolution against China. Also, the US Department of State has given a severe reaction and warned of action against China.

China is facing tremendous backlash and blows from across the globe over Coronavirus. China’s neighbours as also allies have turned against the country, and Beijing may have to pay a heavy price for it. Under such circumstances, the Chinese Communist Party is bringing up new issues to divert the attention of the Chinese people. In the past few days, China has even attempted instigating neighbouring nations for a conflict. The attempts did not earn success, and China has, therefore begun aggravating the situation in Hong Kong with the new law being the latest move of the strategy.

Explosion of number of Coronavirus cas ...

Brasilia: – The number of Coronavirus cases and deaths has increased r [...]

Hizbul preparing for a major terror at ...

India delivers a message to China by s ...

Washington/Beijing – The US Department of Commerce has blacklisted 33 [...]

The US supports Australia in the dispu ...

Indian Ocean has become the centre of ...

New Delhi: – The Indian Ocean has become the centre of activity second [...]