Washington: US President Donald Trump has told US Secretary of State Mike Pompeo that ‘Before Joe Biden is inaugurated, corner Iran in such a way that the regime suffocates. Use an alternative which will not allow Biden to strike a nuclear deal with Iran, but be wary that whatever you do must not risk starting World War III.’ US news outlet ‘The Daily Beast’ has reported the story citing White House officials.

President Trump had made the decision to attack Iran last month. However, US Secretary of State Pompeo, as well as other senior advisors in the administration, had voiced their disagreement with the US President’s decision. Pompeo and his associates drew the President’s attention to such an attack on Iran likely transforming into World War III. After that, they suggested other alternatives which President Trump could consider in case of Iran, a leading US daily had reported citing White House officials.

This time as well, the US news outlet has cited White House officials. President Trump has granted complete freedom for taking decisions on Iran to US Secretary of State Mike Pompeo and Special Representative for Iran Elliott Abrams. Pompeo has been given full control to take any action necessary for stifling Iran before Biden’s oath-taking ceremony. Also, it includes the imposition of heavy sanctions to choke the Iranian regime. 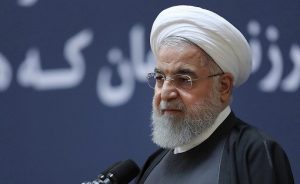 A few days ago, the US had levied sanctions on Iran, against its Revolutionary Guard Corps (IRGC) and nuclear program. Simultaneously, Abrams has warned more sanctions were coming against Iran in the next few days. Besides, the daily also underscored Pompeo had visited Israel, Saudi Arabia, UAE and Bahrain last week as part of the strategy against Iran.

The US daily alleges that in addition to all this, US Secretary of State Pompeo, Special Envoy Abrams and US Central Intelligence Agency (CIA) Director Gina Haspel were working on the alternative to launch a covert operation against Iran. The Daily Beast goes on to state that the three of them were devising a plan where they could use Israel in the covert ops without risking casualties of US troops. Furthermore, Mark Dubowitz, CEO of US think tank Foundation for Defense of Democracies (FDD), asserted that there was a close working relationship between Haspel and Yossi Cohen, chief of Israeli intelligence agency Mossad.

In the meantime, the Trump administration has not responded to any reports from US dailies or news outlets. Moreover, President Trump has not made a single statement on the recent assassination of Iranian nuclear scientist Mohsen Fakhrizadeh. Also, minsters from his administration have avoided issuing a comment on the subject.

Miami - The United States has financially cornered Iran and Hezbollah through economic sanctions. To…