London – While the Brexit vote in the British Parliament over the agreement between Prime Minister Theresa May and the European Union (EU) is just a few hours away, there are indications of the resistance intensifying over the matter. If Brexit is rejected and a ‘Second Referendum’ is declared, there would be widespread riots in the United Kingdom, similar to France, a former British minister and a senior leader in the ruling party, Iain Duncan Smith has sternly warned. Prime Minister May has also taken an aggressive stance in the matter and has said that there was no other option for the UK than the Brexit deal presented by her.

The British Parliament is scheduled to vote on the Brexit agreement on Tuesday, December 11. For the last few weeks, the deal which was proposed by Prime Minister May and approved by the European Union is likely to get rejected in the British Parliament. More than 100 ruling party MP’s have opposed the agreement and the opposition parties have indicated at voting against it as well. While Prime Minister May is frantically trying to save her Brexit agreement, the European Court has delivered a sharp blow to the British government. 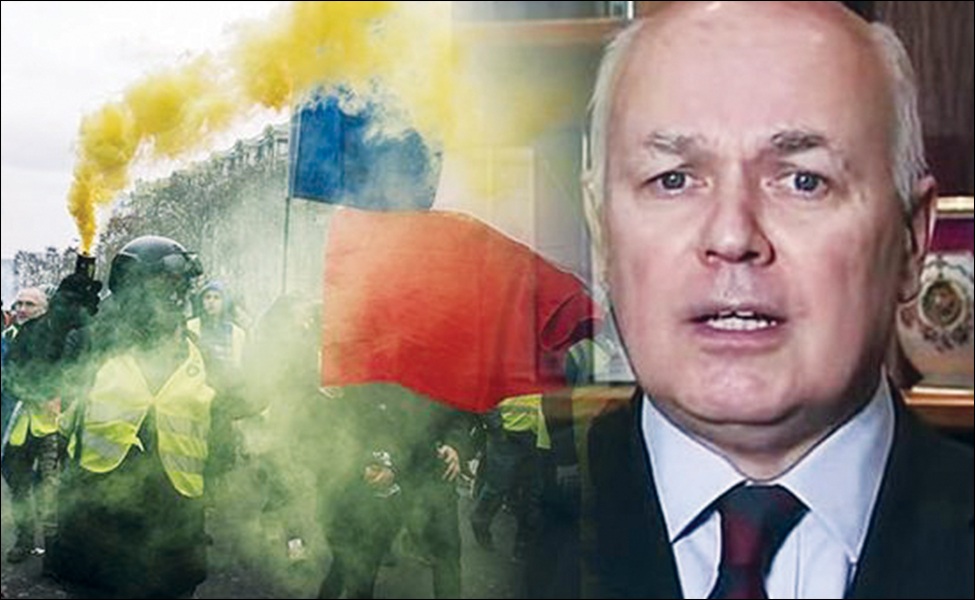 On Monday, the European Court of Justice (ECJ) passed a ruling that the British government could reverse the Brexit decision. The verdict has weakened May’s stance of having no other alternative to the current agreement. It has also led to the voices opposing the agreement get stronger. The court ruling which came only 24 hours before the Brexit vote in the parliament is believed to be a major jolt for the European Union too.

Given the developments, Brexit supporter and senior leader Iain Duncan Smith has warned of widespread violence in the United Kingdom, just like France, if Brexit is rejected. Smith said, ‘Efforts are underway towards rejecting the Brexit and taking another referendum to get to know people’s opinion. In such a scenario, a large number of people who have voted for Brexit would feel betrayed and may resort to any measures to vent their anger. Looking at the developments in France, one must understand that the United Kingdom too, is not far away from such unrest.’