Moscow – ‘I believe that everyone in the world realises that an armed conflict between two leading nuclear powers, Russia and the United States, would have disastrous consequences for humankind. Therefore, no one would make the mistake of pushing them towards a nuclear war. However, given the current tensions between both the nations, any mistake may lead to a grievous misunderstanding inevitably sparking a war between the two countries,’ Russian Foreign Minister Sergei Lavrov warned. 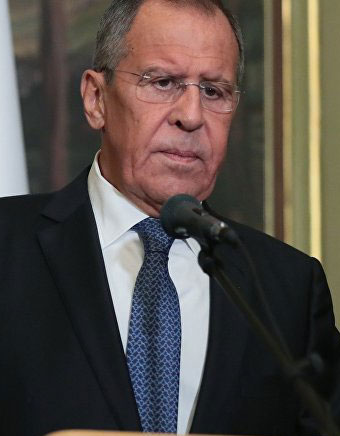 While talking to the Russian media, Foreign Minister Lavrov said that Russia was making all the possible efforts to avoid any conflict with the United States. Lavrov asserted, ‘There is no doubt that no one can win a nuclear war, and that such a war should never be unleashed’. He added that it would be in everyone’s interest if a nuclear war is never sparked between the two nations in possession of the world’s largest nuclear arsenal.

Even so, Lavrov alleged that the United States and its western allies were too fixated on their geopolitical ambitions and were not willing to adapt to the changing world scenario. The western countries are increasingly faced with conflicts because of their ever-growing ambitions, he claimed.

Although the Russia Foreign Minister did not specify the disputes, it is evident that in the last few days, the Intermediate-range Nuclear Forces (INF) Treaty, the Ukraine dispute and the Syrian conflict have led to severe differences between the United States and Russia.

Washington: The United Nations (UN) has accused the Houthi rebels in Yemen of starving people in their…

US Secretary of State Pompeo in Europe to isolate Iran and curb growing influence of China, Russia

Washington / Budapest - Given the energy supplies from Russia, investment flow from China and increasing…