Jerusalem / Damascus – While the US Senators had forewarned of Iran becoming more dominant after the US military withdrawal from Syria, Israel has carried out crushing attacks on the Iranian bases in the state. The attack destroyed an arms warehouse and bases of Iran’s Quds Force in Syria. Furthermore, the Israel military has said that the attack was in retaliation to the missile the Iranian military fired at Israel. The country also warned that all those trying to target Israel from Syria would have to pay dearly for their adventure.

As per the information the Israeli army released, a missile was fired from Syria towards Israeli Golan Heights on Sunday. The Iranian Quds force stationed in Syria launched rocket attacks on Golan Heights and Sea of Galilee area and also attempted to penetrate the Israeli air defence. Nevertheless, Israel’s ‘Iron Dome’ air defence system neutralised the Quds Force attacks. A video shot by the tourists skiing at Hermon in Israel was also published.

The Israeli military retaliated strongly against the Quds Force attack. Their military and fighter jets carried out attacks at a minimum of ten Iranian locations in Syria from Sunday night to Monday morning. The attack is said to have destroyed the Quds Force arms warehouse, military base and missile factories. Syrian citizens have posted photographs of the Israeli action on the social media and have said that the Israeli attacks continued through the night.

Four Syrian soldiers were killed while six were injured in Israel’s attacks, the Russian Defence Ministry informed. Israel said that the attacks would not have been necessary if the Syrian military had not activated the air defence system and warned Syria to refrain from any action while Israel attacked the Hezbollah and Iranian locations.

Meanwhile, Israel has already asserted that Syria should send back the Iranian military to their homeland or the Israeli attacks in Syria would continue. Jerusalem even threatened that no one could stop them from carrying out attacks in Syria. Albeit, Israel’s last week bombings demonstrated that the US military withdrawal was not going to affect their action in Syria. 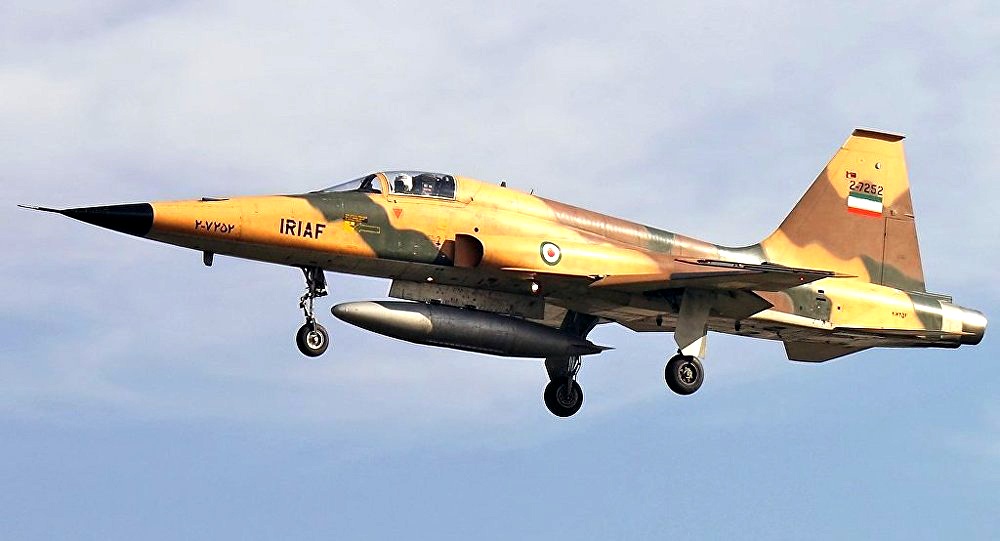 Tehran – Iran was the first to react to Israel’s attacks on the Quds locations in Syria. Brigadier General Aziz Nasirzadeh, the Iranian Air Force commander threatened, ‘Iranian military is ready for a decisive war. Also, the conclusive Iranian war will erase Israel from the world map.’ During a media interview, Nasirzadeh declared that the Iranian Air Force was in a state of readiness to attack Israel. The Iranian Air Force commander claimed that the new generation of personnel in the air force was eager to wipe out Israel. At the same time, he asserted that with Iran’s military preparedness, the enemy could not dare to attack Iran as they didn’t have the courage to do so. A few days ago, the Israeli officials had announced of infiltrating into Iran and launching attacks in its territory. Therefore, the Iranian Air Force chief’s reply appears to be in response to Israel’s warning. The Iranian leaders right from their Supreme Leader Khamenei, President Rouhani and also their military officials have threatened to annihilate Israel in the past. Moreover, the Iranian officials had indicated at attacking Israel from Syria, Lebanon and even the Gaza strip.