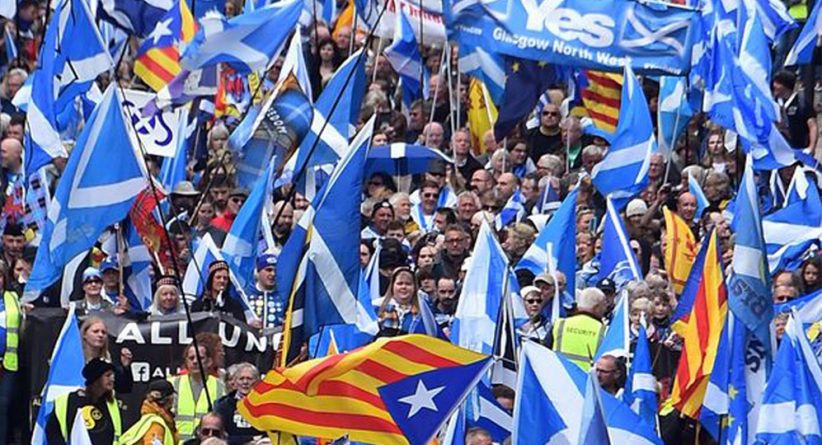 Glasgow – Demand for an independent Scotland has resurfaced once again considering the turmoil over the Brexit crisis. On Saturday, a massive rally was organised in Glasgow, the largest city in Scotland. Nearly 75,000 people participated in the rally event – ‘All Under One Banner’. Only last week, the First Minister for Scotland, Nicola Sturgeon had instructed to initiate a final battle for an independent Scotland. 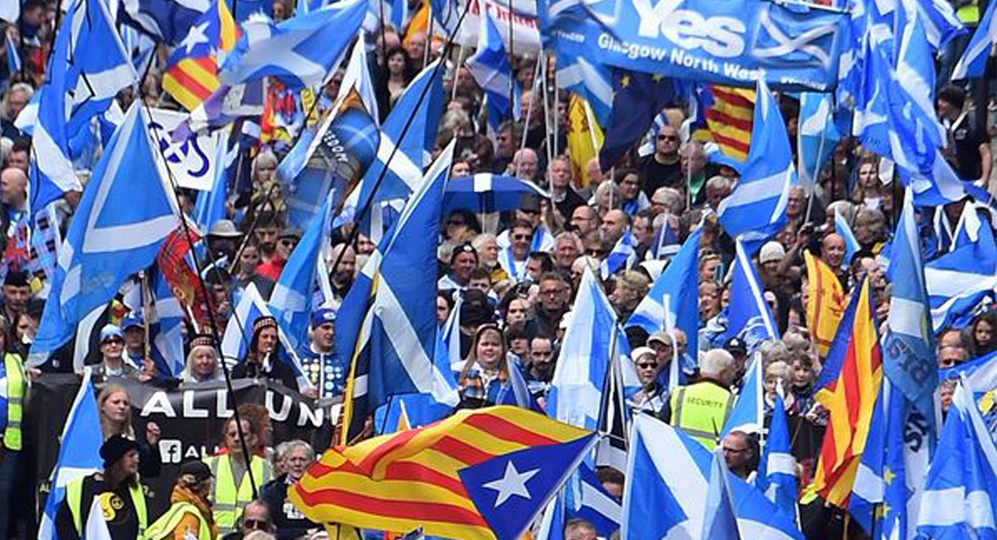 The Scottish National Party (SNP), the ruling political party in Scotland since 2010, has consistently and aggressively demanded independence for Scotland. Although 55% of the citizens rejected the demand for secession in the referendum five years ago, the Scottish National Party has maintained its position and persistently pursued the demand for independence. In 2016, the people of the United Kingdom decided to exit the European Union while the people of Scotland had voted in favour of the EU.

Three years have passed since then, but the Brexit process is not complete as yet. Scotland has accused the UK government of not paying the requisite attention to their demands in the intervening time. Also, the Scottish leaders believe that Scotland should focus on remaining with the EU rather than supporting the British government over Brexit. The First Minister of Scotland, Nicola Sturgeon had made a candid announcement last week saying, ‘Scotland only for Europe, not for Brexit’.

Given the developments, the rally held on Saturday and the response it received, is remarkable. Although the Scottish National Party had organised the march, the All Under One Banner – sent out the message that it was open to everyone desiring an independent Scotland. The organisers indicated that the rally on Saturday is the beginning of a new and more extensive campaign for Scottish independence.

Similar marches will be held in different cities across Scotland over the next five months. It will culminate in a massive event in the capital Edinburgh in October, and the future course of action would then be announced, sources said. The campaign for European elections also appears to have begun with the marches, and pamphlets with the message – ‘Stop Brexit’ are now being distributed. Moreover, the Scottish National Party is expected to get more than 40% of the vote in the elections scheduled to be held in May end.