Tehran – Iran has made preparations to scrap the nuclear deal and quadruple the production of enriched uranium. Spokesman of the Atomic Energy Organization of Iran (AEOI), Behrouz Kamalvandi said. At the same time, the Iranian President has delivered a message which states that no compromise on the matter would be possible. Russia and the European countries were demanding that Iran comply with the nuclear deal. However, Iran appears to have rebuffed the demands. 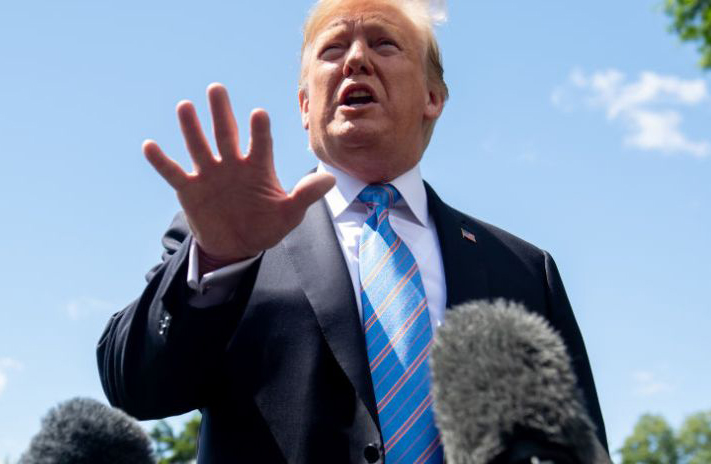 For the last few days, the Iran nuclear deal has been the focal point. In 2015, Iran had signed a nuclear deal with the United States, Russia, the United Kingdom, France, Germany and China.  As per the agreement, Iran had agreed to keep the uranium enrichment under control. In 2018, US President Donald Trump withdrew from the deal. Despite that, Russia and the European countries had demanded Iran to follow the deal, but instead, they accused the EU of not making efforts to safeguard the agreement.

Iran had, therefore, warned to scrap the deal by stating that they were no more required to abide by the agreement. The European countries were not taking any action despite the United States sanctions directed towards stopping the Iranian oil exports, lamented Iran. It was thus that Iran threatened to stop the oil exports of all the Middle Eastern countries by blockading the Strait of Hormuz. Likewise, the Iranian officials have also sternly stated that the US bases as even other interests in the Middle East were on Iran’s radar. Taking serious cognisance of the threats, the United States deployed its aircraft carriers, bombers and air defence systems in the region to counter Iran.

Iran has created a stir not just in the Persian Gulf or the Middle East but the world over with its announcement to quadruple the production of enriched uranium. In response, US President Donald Trump warned Iran, saying, “Iran should not attempt to threaten the US interests. If Iran wants to fight, that will be the official end of Iran. Never threaten the United States again!”. On the very next day, Iran replied to the US, with the announcement of increasing uranium stockpiles. Severe consequences of the decision may soon emerge.

Israel and Saudi Arabia have accused Iran of never abiding by the 2015 nuclear deal. Also, Saudi had forewarned that if Iran increases the production of enriched uranium to move towards the creation of nuclear bombs, it will not remain indifferent. In addition, Israel had declared its resolve not to allow Iran to become a nuclear power. According to Israel, a nuclear Iran is a threat to Israel’s security and the Israeli leaders have pointed to previous warnings of the Iranian leaders of annihilating Israel.

Iran has turned the atmosphere in the region increasingly explosive with the decision to quadruple the uranium-enrichment production. Only a few days ago, Russian President Vladimir Putin had appealed to Iran to follow the nuclear deal under any circumstances. The Russian President had also highlighted that Iran would be solely blamed for everything that followed. Even the EU tried to pressurise Iran for it. Nevertheless, rejecting all the appeals, Iran has taken the inflammatory decision to scrap the deal. More importantly, the Iranian President has adopted a much aggressive stance, announcing that no negotiations were possible on the subject. A sharp reaction is thus expected from the United States, Israel, Saudi Arabia and the other Gulf countries.