Washington/Tehran: The US President, Donald Trump has blamed Iran of being solely responsible for the attacks on oil tankers in the Gulf of Oman. President Trump also issued a severe warning, which said that the US could not remain silent after the attacks. The US Secretary of State, Mike Pompeo has presented evidence to prove that Iran was behind the sabotage attacks on the oil tankers in the Gulf of Oman. After that, even the UK, Saudi and UAE levelled allegations against the Islamic Republic for the incident. However, Iran rejected the claims stating that the US did not have any credible evidence against them.

The incident that occurred on Thursday morning, where a Norwegian and a Japanese oil tanker were attacked in the Gulf of Oman, has triggered a series of developments in the region. In the last 24 hours, the US has begun cornering Iran. They stated that Iran was involved in the sabotage of the vessels close to the UAE’s Fujairah port a month ago as also in the Thursday’s oil tanker attacks in the Gulf of Oman. In a statement, Pompeo said that the US claims were based on the evidence the US intelligence agencies had provided.

To substantiate the claim, Pompeo even mentioned the drone attacks the Iran-backed Houthi rebels in Yemen had launched on the Saudi pipeline. Therefore, the possibility of the incident being an attack on the oil tankers could certainly not be denied, said Pompeo. The US military then presented the photographs and videos of the Japanese oil tanker. In the video, the Iranian personnel are seen on a patrol boat pulling up to the Japanese vessel Kokuka Courageous and then removing an unexploded limpet mine from the ship which they took along with them. 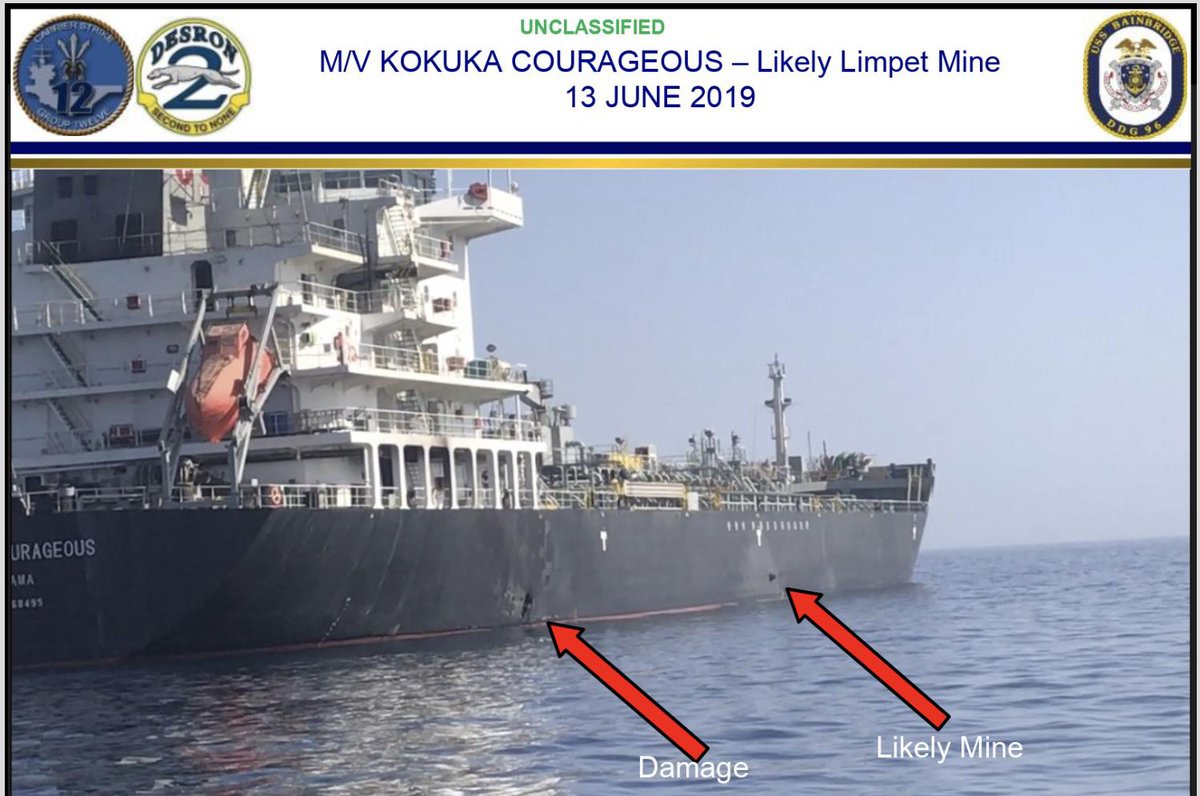 The US military thus demonstrated that Iran was behind the oil tanker attacks with the help of the set of evidence. President Trump said that the evidence the US had collected on the oil tanker attacks had Iran written all over it. Moreover, it had exposed the Islamic Republic before the world, Trump asserted. “Currently, the US is watching developments in the Middle East. However, we are not going to remain silent for a very long time,” President Trump cautioned.

The US has initiated an attempt to corner Iran on the international level. “After the exposure of Iran’s involvement in the oil tankers attacks, the United Nations (UN) needs to recognise the threat Iran poses to global security,” President Trump urged. Even the UK, Saudi and the UAE have held Iran responsible for the attacks. Nevertheless, Iranian Foreign Minister Mohammad Javad Zarif claimed that the US was making allegations against Iran without factual or circumstantial evidence. Also, he retorted to the US, calling the claims to be a trap set up for Iran by the US and its allies.

Meanwhile, China has advised the concerned nations to deliberate over the matter with Iran to defuse the tensions in the Mideast. Albeit, Trump suggested that it would prove hasty to hold talks with Iran while oil tankers were being attacked and rebuffed the possibility of negotiations.