Washington: The United States recognised Jerusalem as the Israeli capital when it relocated its embassy to the city. After that, the Trump administration endorsed Israel’s right on the Golan Heights, which were in Syrian possession before 1967. With the two decisions, President Trump has caused a significant shift in the US policy on Israel. Now the Trump administration has once again supported Israel with a critical decision which states the Israeli settlements in the West Bank were legal. The decision has sparked severe repercussions with Palestine condemning it and the European Union (EU) expressing its displeasure on it. 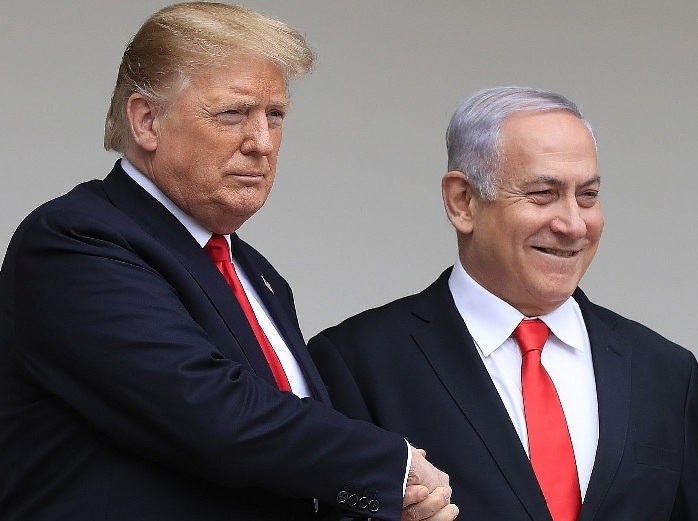 During a press conference on Monday, US Secretary of State Mike Pompeo announced that the Trump administration had decided to overturn another decision taken by the Obama administration. ‘After carefully studying all sides of the legal debate, the United States has concluded that the establishment of Israeli civilian settlements in the West Bank is not, per se, inconsistent with international law,’ Pompeo said. He further clarified saying that ‘The decision will not cause any change in the status awarded to the West Bank. Israel and Palestine must find a solution through discussions. Also, the decision will not affect the peace talks in any way.’

‘The decision on the settlements of Israeli refugees has been taken after due consideration of the law. For this purpose, the situation in the area has been properly assessed’, Pompeo said. At the same time, Pompeo asserted that ‘The decision regarding the West Bank does not apply to any other part of the world. It is restricted to the West bank alone.’ ‘The Israeli constructions in the West Bank had been declared illegal with the hope to make the talks between Israel and Palestine, a success. Despite that, peace could not be established in the region,’ said Pompeo as he justified the US decision.

Israeli Prime Minister Benjamin Netanyahu and other Israeli leaders have welcomed the US decision. In a telephonic conversation, Netanyahu personally even thanked President Trump. On the contrary, Palestinian leader Saeb Erekat criticised the decision stating that it attempted to replace the international laws with the ‘law of the jungle’. Nevertheless, the EU declared that the US decision would not affect their stand on the matter while the United Nations (UN) assertively termed the constructions in the West Bank as illegal.