Washington: ‘’Currently, China has undertaken an aggressive crackdown to contain the outbreak in the country. However, at present limited information is available on the new Coronavirus. The epidemic may not only last for the next few months but even perhaps till next year. Soon the disease may also spread from person-to-person more in the US,’ warned Robert Redfield, a senior US health official. Dr Redfield is the Director at the US ‘Centers for Disease Control and Prevention’. 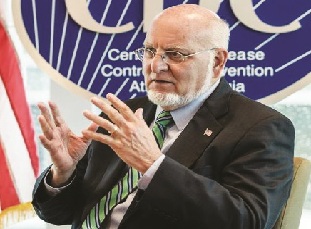 The novel Coronavirus, dubbed as COVID-19, which originated from China, has spread to more than 25 nations, including the US as also nations from Europe, Africa and Asia. The disease has infected a whopping 64,452 while the death toll has risen to 1,383. In countries outside China, 600 cases were reported, of which 254 were from Japan alone.

The number of cases in the US is increasing, and till Friday, a total of 15 cases were reported. At the same time, several US citizens, who were flown from China back to the US, have been kept in isolation for special medical checkup. The growing number of Wuhan Coronavirus cases from outside China has been a cause for concern, and the World Health Organization (WHO) as also many institutions and experts have issued warnings against it. Leading health expert Dr Redfield’s warning also raises concern. 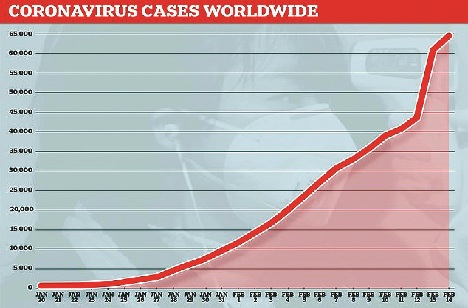 As the health official issues caution concerning the virus persisting for an extended period, a senior advisor from the Trump Administration has launched criticism at the Chinese regime. US President Trump’s Economic Advisor Larry Kudlow blamed China for not handling the COVID-19 epidemic appropriately. The world expected transparency from China, which the regime does not appear to have displayed, Kudlow said.

Meanwhile, even health officials are included in those infected due to the disease. Chinese agencies inform as many as 1,700 health care workers are those among infected.