Irbil: Prime Minister Masrour Barzani of Iraq’s Kurdistan region warned that ‘Even though ISIS chief Abu Bakr al-Baghdadi and his associates were slain, the terrorist organisation is still powerful. Currently, the number of terrorists in the organisation has doubled as compared to six years ago, and the threat perceived from them terrorists has grown in the same extent. The reason behind it is that the organisation is preparing for a resurgence.’ Meanwhile, an Iraqi soldier was killed in a bomb blast the ISIS carried out in Iraq’s Diyala province. 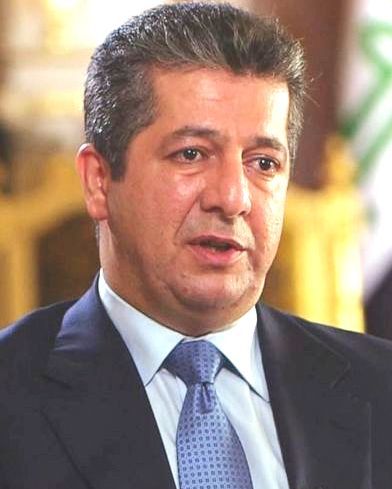 In an interview to a US magazine, Barzani, the Prime Minister of Iraq’s autonomous Kurdistan region, reiterated his concerns regarding the growing influence of the ISIS. At the same time, Barzani appealed to the international community not to ignore its rising power in Syria and Iraq. ‘The ISIS doubled the strength of terrorists in comparison to when it began acquiring land in Syria and Iraq in 2014,’ Barzani added.

Barzani asserted that the ISIS had a minimum of 20,000 terrorists in Syria and Iraq. ‘The organisation may have lost control over its territories in Iraq and Syria as also lost its leaders. However, the ISIS now has a greater number of hardened fighters and has become a global threat,’ Kurdistan Prime Minister warned. Barzani went on to state that the ISIS was preparing for a resurgence and significant activities from the terror group in Syria and Iraq cannot be denied.

Even in the past, the Kurdistan Prime Minister had drawn the international community’s attention towards the growing influence of the ISIS. The United States is planning to withdraw its military from Syria. On the other hand, the Iraqi government has demanded the United States withdraw its military from the country. Previously, Barzani had expressed concerns over the US withdrawal from Syria and Iraq, stating that it would enable the ISIS to flex its muscles in these countries much easily. Also, the US Defence Headquarters Pentagon and the intelligence agencies have asserted that it was not possible to overlook the ISIS numbers in Iraq and Syria.

Vladimir Voronkov, the Under-Secretary-General of the United Nations (UN) Counter-Terrorism Office, also drew attention to the economic clout the terrorist group holds. ‘The ISIS still holds as much as $300 million despite losing Baghdadi and other leaders. The ISIS can carry out terror attacks anywhere in the world with these funds’, Voronkov cautioned.