Berlin/Beijing: German Foreign Minister Heiko Maas delivered a befitting reply to China’s threats sharply and said, ‘We as Europeans act in close cooperation – we offer our international partners respect, and we expect the same from them. Threats don’t fit in here. You must be mindful that revenge from the US cannot be sought through Europe’. German Foreign Minister’s remarks served as a stark reality check for China.

Last week, a high-level delegation of EU member nation Czech Republic visited Taiwan. The panel was led by Czech Senate President Milos Vystrcil and drew ire of ruling Chinese Communist regime. Moreover, Chinese Foreign Minister Wang Yi was on a Europe tour as Czech delegation was visiting Taiwan. The Chinese Minister threatened that the Czech leader had crossed the ‘red line’ and would have to pay a heavy price for it. Even during a press conference held in Berlin with his German counterpart, Foreign Minister Wang blamed the Czech lawmaker for his alleged short-sighted behaviour and political opportunism.

China expected its attempts to pressurise Europe with its economic and trade leverage to work this time as well. In the past, leading European nations and the EU had followed the policy of not hurting an economic superpower like China when relations with the US were becoming tense. Taking advantage of that, China had adopted the policy of creating a divide among the EU nations over critical issues as it expanded its influence in the continent. In the last few years, the decisions taken by Germany, Italy, Spain, as well as Eastern European nations were indicative of China’s policy turning successful. However, Coronavirus pandemic that began spreading from the start of the year and decisions of the CCP regime over Hong Kong, South China Sea and Uyghurs, further intensified the discontent of the European nations against China. 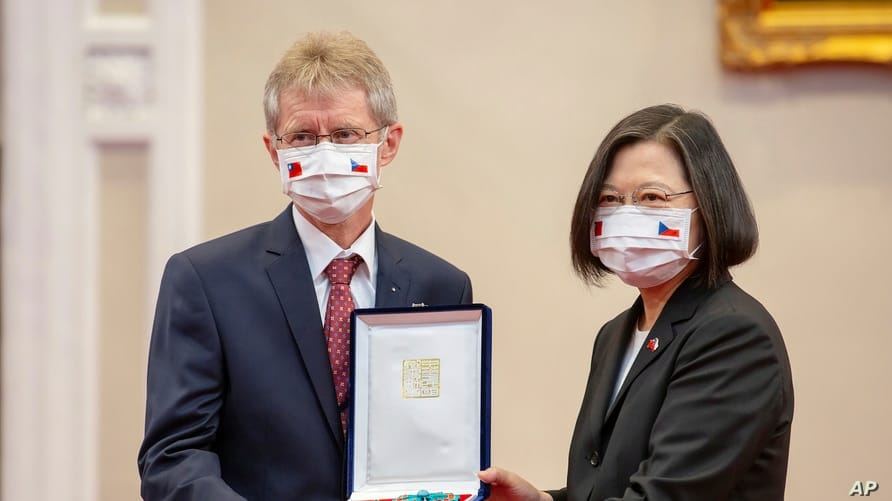 In the past few months, the EU and other European leaders have repeatedly tried to make China aware of these sentiments. In her address to the EU Parliament, President of the European Council, Ursula von der Leyen had expressed displeasure over China ties. Furthermore, after the Hong Kong security law was imposed, the German Foreign Minister had slammed China and said that the country would have to reconsider relations with China.

France had taken the decision to sanction the local companies seeking Chinese tech giant Huawei’s aid for 5G technology. EU and its Parliament had passed a few resolutions against China as well. Nevertheless, as the Chinese regime believes in its pressure tactics, it snubbed the action. The ignorance appears to have backfired and thereby, the German Foreign Minister’s stinging remarks at the very press conference in the presence of his Chinese counterpart, only make it evident. The support shown by leading European nations to the German Foreign Minister’s statements is remarkable. Also, challenges to China may rise significantly.

Meanwhile, Germany was revealed to have declared an independent Indo-Pacific policy a few days ago. As per the policy, Germany criticised attempts to change the status quo with the help of power and the violation of international laws. Analysts believe that announcement of independent policy by Germany, which had so far not commented on tensions between China and Asian nations, is a warning to China. China’s aggressive and dominating activities have currently escalated tensions in the Indo-Pacific. Given the developments, Germany becomes the second European nation following France to announce a separate policy.