Taipei: Taiwanese President Tsai Ing-wen warned against Chinese activities that pose a severe threat. She said, ‘China’s actions in the past few days certainly don’t reflect well on its international image. Chinese activities have put all Taiwanese citizens on alert as well. The real face of the Chinese Communist Party has been exposed before us. At the same time, I hope that other nations in the region have also become cautious of risk posed by China.’ China has started conducting a massive exercise near Taiwanese waters, and before that, 37 of its fighter jets had violated the Island’s airspace.

Chinese fighter jets tried to pressurise Taiwan by attempting to infiltrate into its boundaries back to back on Friday and Saturday. Taiwanese Defence Minster informed that 18 jets on Friday while 19 on Saturday tried to violate its airspace. It is the first instance of China carrying out incursions on such an extensive scale. After that, the Chinese People’s Liberation Army (PLA) even carried out new naval drills near Taiwanese boundaries. The drills include the participation of warships, destroyers, fighter jets, bombers, submarines and helicopters. China released a video after the exercise where its bombers were shown launching a simulated attack on the US military base in Guam. 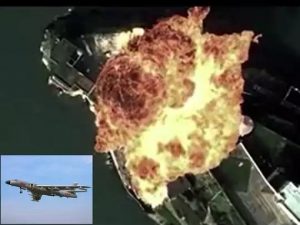 As she drew attention towards the Chinese activities, President Tsai highlighted its aggressiveness and the growing threat it posed. Tsai also said that China’s actions amount to provocation as they were carried out when an ally was on a visit to the Island. Taiwanese President has warned that China’s threat was not limited to Taiwan but is becoming more extensive. Moreover, President Tsai reiterated her words as she called on the international community to take cognisance of the threat China posed.

Meanwhile, a severe reaction emerged from China over the bio of Hsiao Bi-khim, Taiwan’s de facto ambassador to the US, where he has mentioned his position as an envoy. Also, a Chinese envoy warned that the country would not tolerate Taiwanese leaders trying to weaken the Island’s ties with China. Along with that, China expressed its displeasure and protested the US Ambassador to the UN’s meeting with a Taiwanese representative.

Washington: 'The United States has imposed sanctions against Russia, China, Iran, and North Korea and…

Karachi: – The foundations of the Prime Minister, Imran Khan and milit [...]

Appeal for ban on Chinese company for ...

New Delhi: – The moves for an Indian boycott of Chinese mobile company [...]

Troubles increase for Pakistan in FATF ...

Paris: – With only two days to go for the meeting of the Financial Act [...]