Tehran: Iranian Supreme Leader Ayatollah Khamenei indicated the US-Iran enmity would continue as he announced, ‘The hostility between the US and Iran is not limited to the Trump administration. The animosity will not end when Trump leaves office.’ At the same time, he threatened that ‘Iran would seek revenge from Soleimani’s killers. We will retaliate to the one who issued orders for the assassination as also the ones who executed the order, all in good time.’ Only a few hours ago, Iranian President Hassan Rouhani had said he was happy Trump was leaving office. Ayatollah Khamenei appears to have sent a message to the Iranian President, who has expressed willingness for negotiations with President-elect Joe Biden. 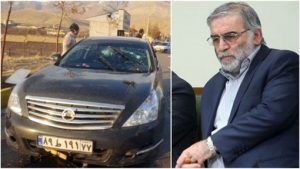 Accusing incumbent US President of being lawless and a terrorist, Iranian President Rouhani jeeringly said Iran was happy Trump was leaving office. On the other hand, Rouhani avoided an instigating comment on President-elect Biden and announced Iran is willing to re-negotiate a nuclear deal with him. However, Iranian Supreme Leader has rebuked Rouhani on his stance as he mentioned President Trump and even the previous Obama administration.

Khamenei warned President Rouhani in stern words and said, ‘You witnessed what Trump’s America and Obama’s America did to you. Enmities are not limited to Trump’s America and will not end just because he has left office. Do not trust the enemy; this is my explicit advice.’ Khamenei made the rebuke while talking to the family of Qassem Soleimani, who was killed in a US drone attack. 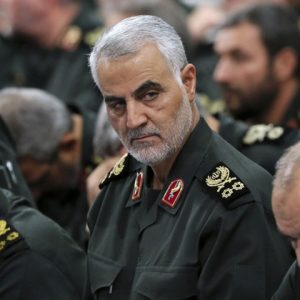 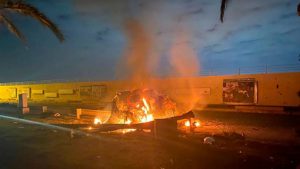 Also, Khamenei asserted that Iran would take action against the ones who ordered General Soleimani’s killing and the ones who carried it out. Further, the Supreme Leader also claimed that ‘The strikes on US military bases in Iraq after the assassination, are a slap in the face of the US. On the other hand, Soleimani’s leadership had caused the US strategy to fail in Iraq and Syria’.

Meanwhile, Iranian Supreme Leader Ayatollah Khamenei’s health had deteriorated a few days ago, as per reports. A race is believed to have also sparked for the position of the Iranian Supreme Leader. Nevertheless, Iran denied all claims after two days of uncertainty. Given the background, Khamenei has challenged all reports by issuing a threat to the US, albeit in the presence of a small group of politicians.

Beijing: The Novel Coronavirus, which broke out more than two months ago, and is rapidly spreading,…