Copenhagen/Berlin: Danish and German security forces have arrested fourteen suspects connected to the Islamic State militant group. Security forces said 13 people were detained in Denmark and one in Germany. During the operation, the authorities seized shotguns, rifles, bomb-making material, chemicals and an IS flag. Danish police claimed that they thwarted a major plot to carry out terrorist attacks in Denmark, Germany and other European countries. 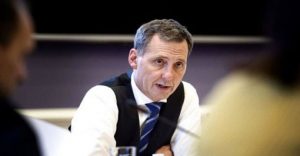 For two days in a row, on Thursday and Friday, the Danish and German security forces carried out a massive counter-terrorism operation. Raids were carried out in several cities in Denmark, but the locations’ details have not been disclosed. Of the thirteen people arrested in the Denmark operation, two suspects are Syrian nationals. Another Syrian citizen was arrested near the city of Frankfurt in Germany. The three suspects belonged to the same family and were allegedly leading the terrorist group planning the attack. 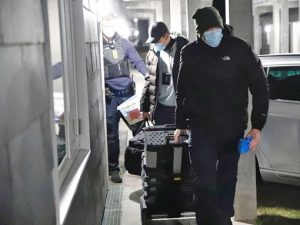 The authorities seized shotguns, rifles, bomb-making material and chemicals during the raids in Denmark. In Germany, chemicals and powder used in making bombs were seized, security forces said. The authorities suspect the terrorists may have been preparing for one or more attacks. Danish Justice Minister Nick Haekkerup warned that the latest events prove the threat of terrorism to Denmark is still severe.

Last year, terrorist attacks were launched in France and Austria when the coronavirus was rampant in Europe. The incidents once again exposed the threat of terrorist attacks on European countries. Moreover, information gathered from raids in Denmark and Germany only confirms the danger.