Washington/Paris/Rome: The number of Coronavirus cases around the world has crossed 200,000 while global deaths due to the virus have surged past 8,000. Given the developments, US President Donald Trump announced that ‘The world is at war with the Novel Coronavirus.’ Moreover, the US President expressed confidence and said, ‘We’re going to win the war against this invisible enemy’. French President Emmanuel Macron had made a similar announcement wherein he declared the war with new Coronavirus had begun. 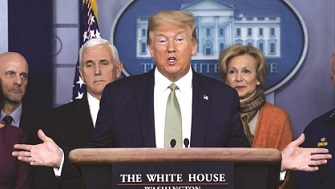 In Italy, the centre of the Coronavirus in Europe, the death toll reached 2,500, whereas over 31,000 cases were reported. Italy has reported the highest number of cases outside China. The news agencies inform that Italy had waiting lists for burials in the graveyards while on numerous occasions, the dead were being buried in the absence of their relatives. In the wake of such desperate times, Italy has decided to postpone the examinations of the medical students and use their services for containment of the pandemic. 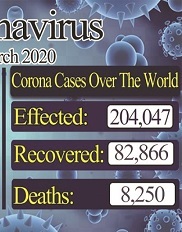 The European Union (EU) has taken the decision to close the borders in an effort to curb the spread of the Coronavirus. Also, they are to remain shut for the next 30 days, the EU announced. More than 10,000 people contracted the Coronavirus in Germany and reported 27 deaths. Reports have revealed that Friedrich Merz, believed to be Chancellor Merkel’s political successor, was infected with the virus. Furthermore, Spain reported 13,700 cases of the new Coronavirus with 558 people succumbing to the pandemic. On the other hand, France saw 7,730 cases with a death toll of 175.

More than 100 people have died in the US due to the COVID-19, and the country reportedly has around 6,539 cases. The US President, via his social media account, has said that the world had commenced a battle against the virus. Referring to Coronavirus as a ‘Chinese virus’, Trump claimed that he was cautious of it since the very beginning. That is why Trump said he could make the right decisions and save American lives. At the same time, the US President has announced that the US had closed its northern borders with Canada. Nevertheless, the trade between the two countries would remain unaffected, added Trump.

In the meanwhile, US Secretary of State, Mike Pompeo criticised that China and Iran were not disclosing the facts and accurate figures on the pandemic. 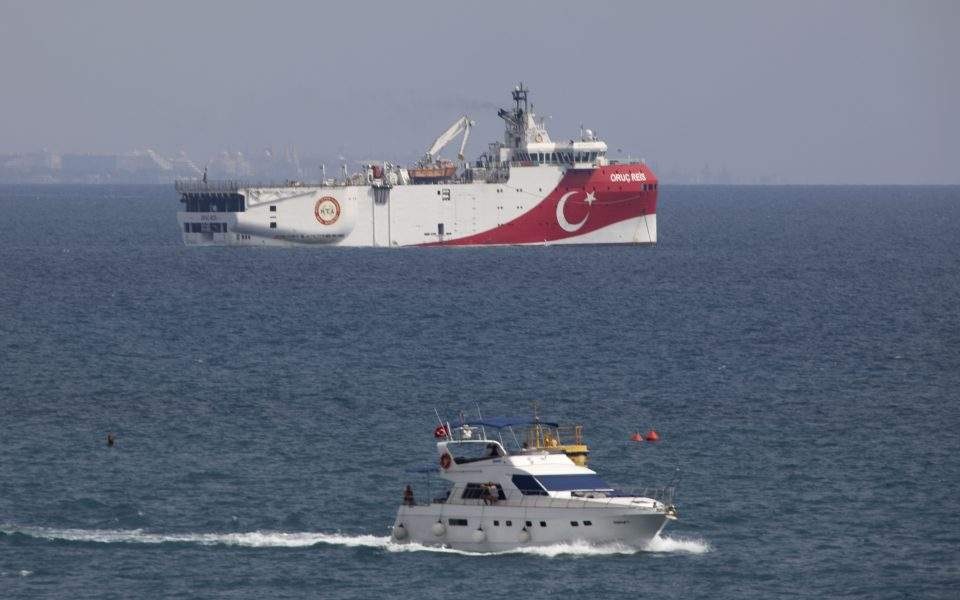 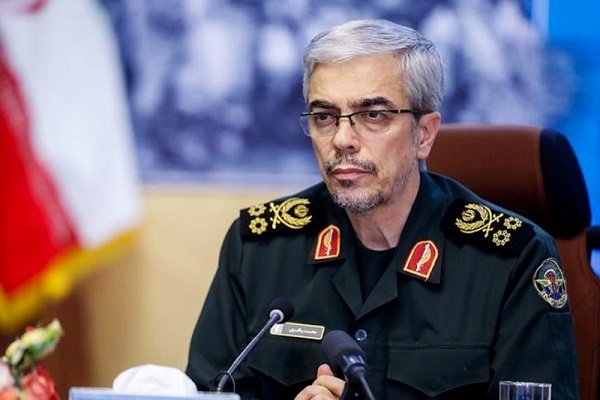