Canberra – While concerns were being expressed by senior leaders and scholars in Australia about the rising Chinese influence in the country, the Australian Parliament has passed the ‘Foreign Interference Laws’ to prevent external interference in Australia. ‘These laws are necessary to prevent interference from other countries including China, in the matters of the government, media and educational institutions,’ Australian Prime Minister Turnbull justified the decision with these words. It is being predicted that these new laws passed by the Australian Parliament could create a strain in the diplomatic relations between China and Australia.

On Thursday night, the Australian parliament passed the ‘Foreign Interference Laws’ with a majority of 39 against 12 votes. The new laws ban foreign institutions which attempt to interfere in Australian politics. Moreover, as per the new laws, there will be harsher punishment for misappropriation of confidential and sensitive information from Australia, and any action that affects the economic relations of Australia with any other country will be henceforth treated as a crime. The Australian Attorney General Christian Porter welcomed the laws in his reaction, and said that this was the first time since the 1970s that such a law has been passed in the country. 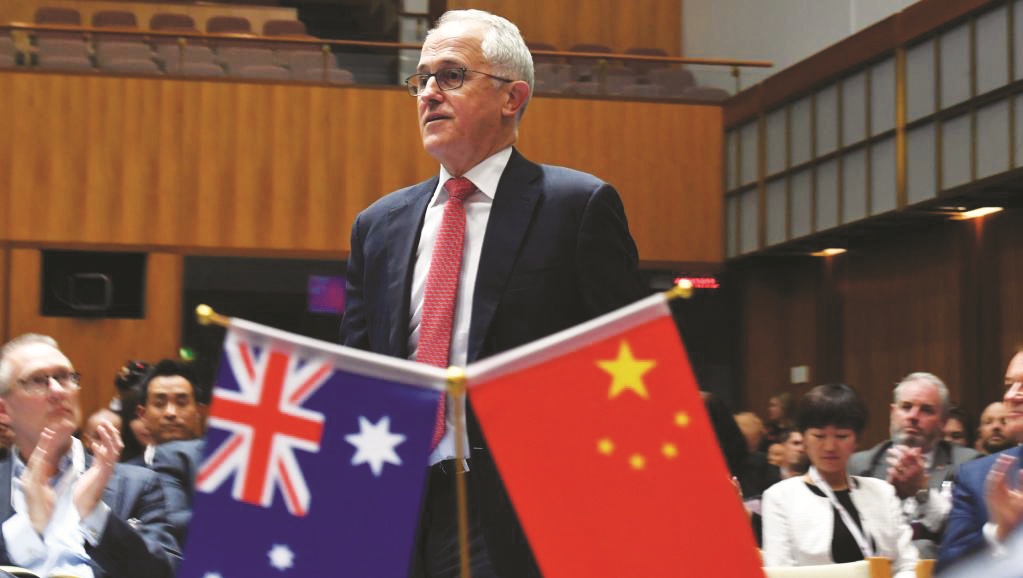 While passing the laws, Prime Minister Malcom Turnbull clarified that this they do not target any particular country. But in the past, Prime Minister Turnbull has repeatedly fired salvos of criticism against China, in the Parliament as well as outside it, for its interference in Australia. The Australian Prime Minister had also issued a warning to China to stop these activities. Therefore, these new harsher laws are believed to be an ‘appropriate message’ to China.

So far, China has not reacted on the laws passed by the Australian Parliament. However, China had expressed its displeasure when the bill for the same had been presented in the Parliament. A few days ago, the foreign ministry of China had retorted that all countries need to come out of the Cold War mentality and focus on cooperation and exchange. Last month, the Chinese Ambassador to Australia, Cheng Jingye had refuted all allegations about interference in Australia.