Brasilia/Caracas: – The challenges before the Venezuelan President claiming to save the economy with declaration for a change of currency, have increased further. The Latin-American neighbouring states have taken an aggressive stance against Venezuela. Brazil has deployed its army on the borders to stop the influx of Venezuelan citizens. Whereas, Peru and Ecuador have imposed new restrictions over the Venezuelan citizens seeking to enter their countries. Therefore, the Venezuelan citizens, who were already hassled with inflation, shortage of essential commodities, increase in the value of the national currency and oppression, are now faced with severe hardships.

The Latin American oil-rich country is currently undergoing a harsh financial crisis. Since 2014, it faces an economic slowdown which has only deepened after the plunge in crude oil prices and sanctions imposed by the United States. Only two years ago, the incident of around 100,000 citizens migrating to Columbia for want of food, essential commodities and medicines, had created a sensation.

However, the number of people leaving Venezuela is increasing ever since and it is believed to have reached a staggering 2.3 million.
The Venezuelan currency ‘Bolivar’ has seen an unprecedented fall and inflation is expected to reach to a level of 1 million percent, as per the International Monitory Fund (IMF). The Venezuelan fiscal deficit has risen to 20% of the GDP and the debt has reached over $ 150 billion. The crude production also has reduced and reached a record-low in the last three years. 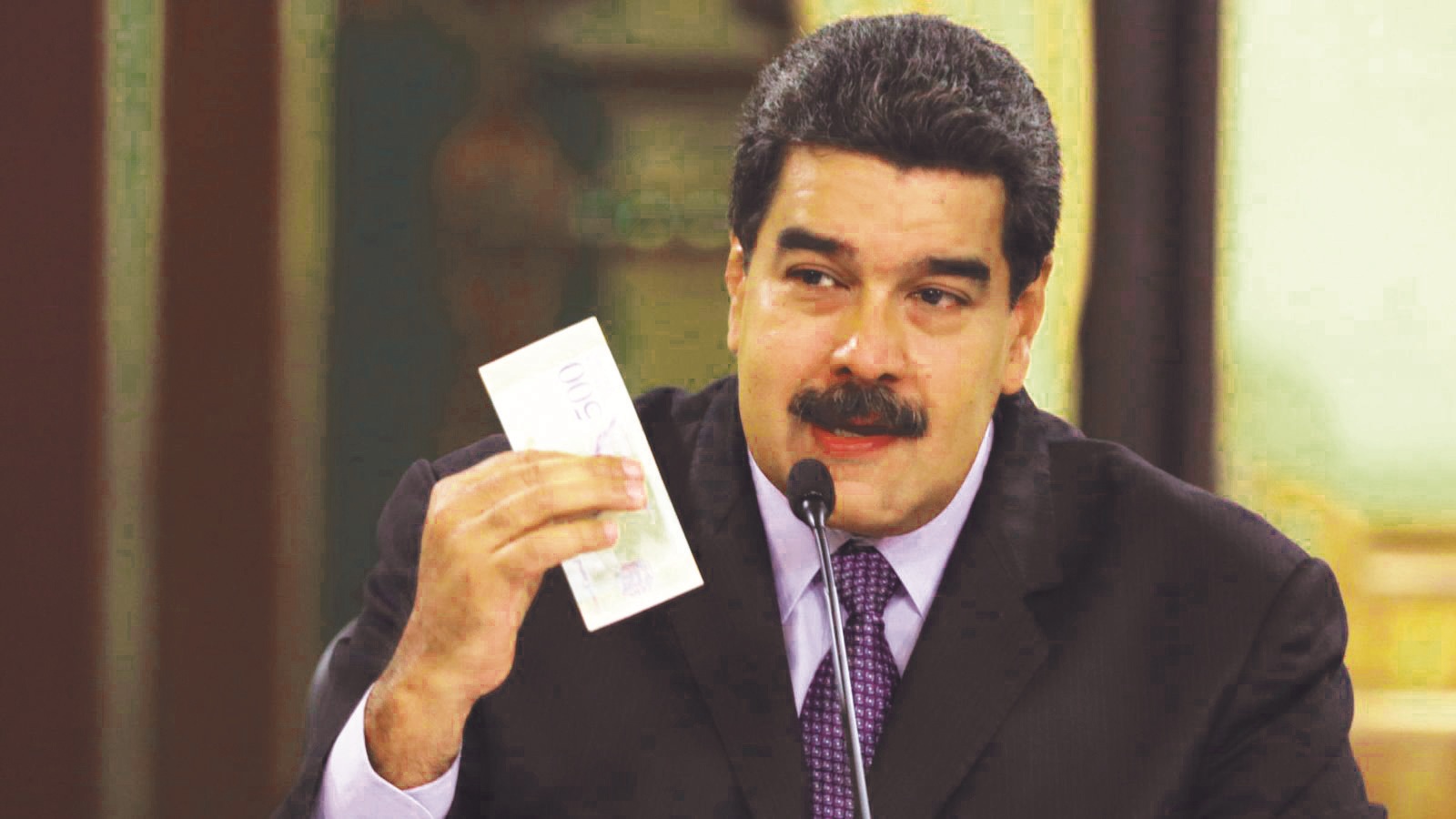 President Nicholas Maduro had initially announced for a Cryptocurrency named ‘Petro’ based on crude oil, to overcome the currency crisis. However, international groups have alleged that this currency is nothing but a fraud, and it did not receive the desired response. Following Petro’s failure, President Maduro announced a new ‘Bolivar’ currency and claimed that is has come into circulation from Monday. This new currency is said to be connected to the former Petro currency.

However, all the measures taken by President Maduro has not changed the condition of the Venezuelan people. There is dissent among the Venezuelan people as the fuel rates which were low till date, have also been increased. Moreover, due to scarcity of food and essential commodities, people are forced to wait in long queues to get their daily needs, resulting in a tremendous increase in robberies and crime.

This has lead to an increased number of people leaving the country. Nevertheless, the countries like Brazil, Ecuador, Peru and Columbia, who had been offering asylum to the Venezuelan citizens, have now begun to adopt an aggressive stance to stop the increasing Venezuelan migrant influx. Columbia has imposed restrictions on Venezuelans entering their country and they are being thoroughly interrogated. After a violent incident involving the Venezuelan refugees in Brazil, the state deployed divisions of military in the border areas. Ecuador has made it mandatory for each Venezuelan citizen to carry a passport and other essential documents. Similarly, Peru has also decided to make it mandatory for the Venezuelan citizens to carry their essential documents from this weekend.