London: Prime Minister Theresa May, who had offered to resign to get the Brexit agreement approved in the parliament suffered another jolt of defeat. The parliament rejected the Brexit Deal, jointly prepared by Prime Minister May and the European Union (EU) for the third successive time with MP’s voting 344 against while 286 votes were cast in its support. The British Prime Minister has warned the rejection would lead to dire consequences stating that the country would be going for polls for the third time since 2015. Additionally, political analysts and experts have cautioned against the United Kingdom heading for anarchy, considering the protests in various parts of the country including the capital, London and the chaos at the parliament.

On Friday night, another vote was held on the Brexit bill in the UK parliament. As per the original agreement, the UK was to exit from the EU on the 29th of March this year. Therefore, the vote had become crucial. Just two days before the vote, Prime Minister May had offered to step down from her position if the Brexit proposal received support in the parliament. The announcement was believed might lower the extreme opposition to the motion from within the ruling party as also may ensure approval for it. 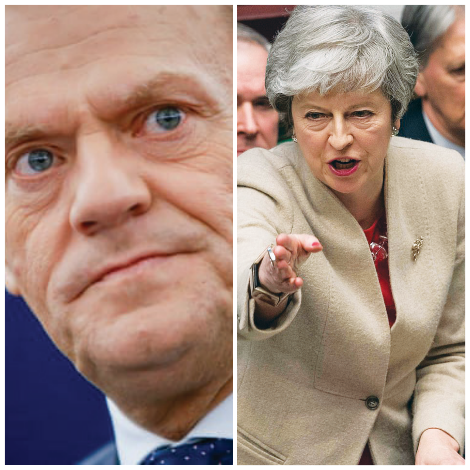 Nevertheless, the Brexit proposal of Prime Minister May suffered a defeat by a difference of 58 votes with 344 voting against and 286 voting in support of it in the vote on Friday. During the vote, more than 34 members of the ruling party voted against the proposal. At the same time, the DUP party, which supports the May government also disfavoured the proposal. Therefore, Brexit was rejected once again.

Before rejecting the Brexit proposal, the parliament also dismissed all the other alternatives. Therefore, there exists tremendous uncertainty over the intention of the political parties giving rise to an unsettled atmosphere. Also, its repercussions are now being felt in various parts of the country. Thousands of citizens held protests in the streets of London after the rejection of the Brexit proposal in the parliament. The protestors are the supporters of Brexit and have reportedly had clashed with the security agencies.

Given the scenario, British media and analysts claimed that the prevalent situation attributed to Brexit is indicative that the country is headed towards anarchy. Labour MP Lisa Nandy stated that the deployment of armed police outside the parliament and other parts of the city, as also the parliamentarians having to brace curses was not a normal situation.

Meanwhile, the EU has also reacted sharply to the Brexit proposal. “The United Kingdom should submit new proposal latest by the 10th of April, or the United Kingdom will be stepping out of the EU with a ‘NO Deal’ on the 12th of April”, the European Council President Donald Tusk warned. At the time, Tusk also announced that an emergency meeting of the EU had been called on the 10th of April to discuss the Brexit issue. Following Tusk’s announcement, even the leaders from Ireland, Austria, Belgium and Denmark expressed displeasure over the UK parliamentary rejection.