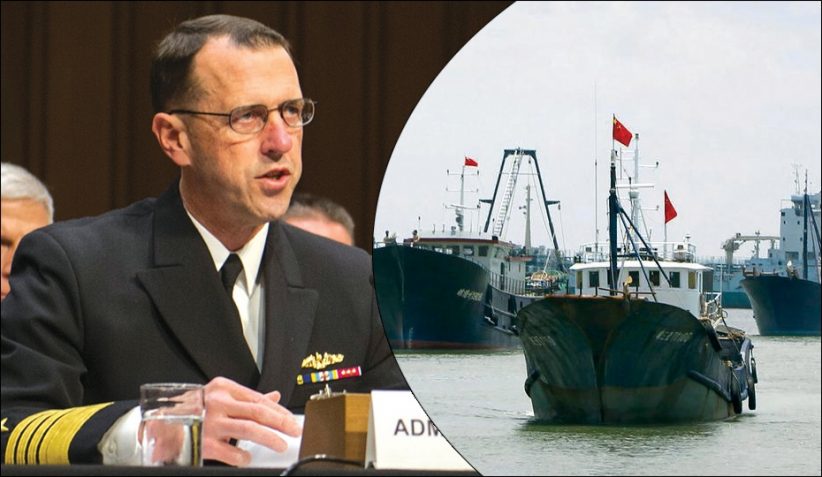 Washington – The United States reprimanded China, which recently sent hundreds of its coast guard vessels in the Philippine waters around its Pag-asa islands. The US Navy chief Admiral John Richardson warned that “if any ships other than those belonging to the Chinese Navy are seen in the South China Sea, the US will initiate action against them”. During an interview with a UK-based news agency, the US naval chief stated that the message had been delivered to the deputy chief of the Chinese navy. 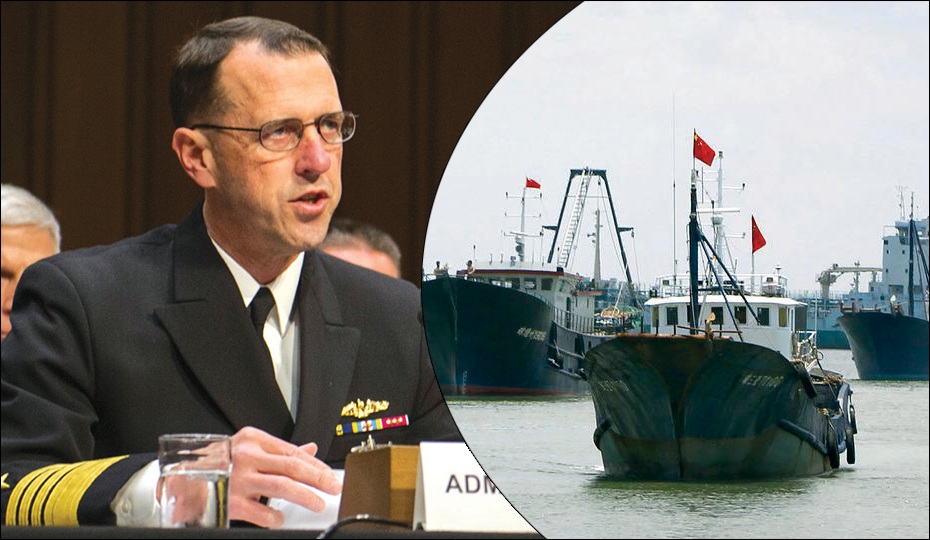 Vietnam, the Philippines, Brunei, Malaysia and Taiwan have also laid claims over the South China Sea along with China. The Southeast Asian countries are willing to resolve the issue through negotiations. However, China has asserted its claim over the entire South China Sea and has warned that no negotiations will be possible on the matter with any nation. To stake its claim over the region, China intrudes into Vietnam and Philippine waters with hundreds of fishing and coast guard ships.

A few days ago, China dispatched hundreds of ships to the Philippine waters around the Pag-asa islands, the majority of them being fishing boats. This maritime militia laid a siege to the Pag-asa island group and pressurised the Philippines. Nevertheless, Philippines President Rodrigo Duterte threatened to send his troops on a suicide mission to the Chinese vessels. At the same time, by holding joint war exercises with the United States in the marine region, the Philippines cautioned China that they would accept military assistance from the United States.

US Navy chief Admiral Richardson candidly reprimanded China in an interview with a news daily on the Chinese bullying in the South China Sea. ‘The Chinese coast guard and fishing boats are as dangerous as the Chinese Navy. Therefore, the vessels will be treated in the same way as the nation’s navy in the South China Sea,’ Admiral Richardson said. The US Navy chief has admonished China with a clear message to respond to the coast guard and fishing boats signifying that the United States was watching the situation quite seriously.