Ankara: Turkish President Recep Tayyip Erdogan levelled allegations against Russia saying that ‘Russia is responsible for the conflict against the Sarraj government in Libya. The country is fuelling the conflict in Libya.’ The Turkish President made the accusation against Russia while returning from his Pakistan visit. Russia has dismissed the allegations denying any involvement in the Libyan war. Furthermore, the Libyan rebels countered the claim and said that Turkey was supplying terrorists and arms to the Libyan government to gain control over Libya.

Turkey has said the relations with Russia were cordial although Erdogan’s allegations underscore the rising tensions between the two countries. Also, while talking to the journalists on board his flight from Pakistan to Turkey, Erdogan alleged that Russia was openly assisting the rebels against the Sarraj government in the Libyan conflict. Turkish news channel NTV carried the report of the allegations the Turkish President had levelled.

President Erdogan has said that ‘Russia is managing the conflict in Libya with the help of mercenaries. On the face of it, however, Russia claims to have nothing to do with the Libyan war.’ President Erdogan even showed photographs to support his accusations to the Turkish media. The Turkish President went on to claim that Yevgeny Prigozhin, the head of the Russian mercenary group ‘Wagner’, met the Russian Defence Minister Sergei Shoigu and Chief of the General Staff of the Armed Forces Valery Gerasimov. 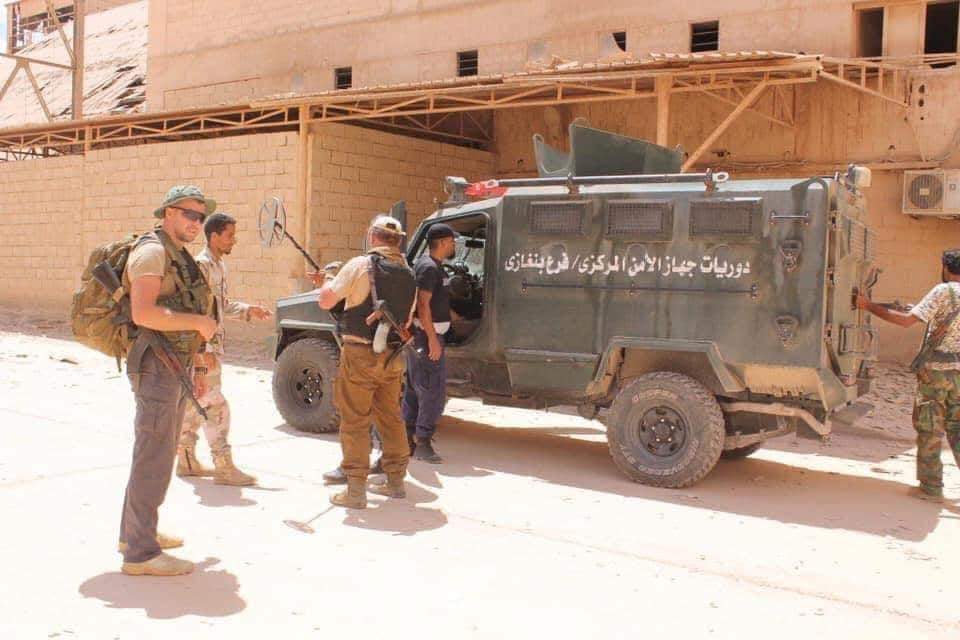 The Turkish President has also criticised the countries from the West along with Russia. Some of the countries were assisting Libyan rebel commander General Khalifa Haftar, Erdogan criticised. The Turkish President, however, avoided naming any country while Russia dismissed all the allegations. ‘Russia is not involved with the conflict in Libya between the Sarraj government and Haftar’s rebels. Also, the Russian soldiers have not stepped into the conflict either,’ Russia’s presidential spokesman Dmitry Peskov said.

The Haftar-led rebel Libyan National Army (LNA) held Turkey responsible for the violence in Libya. ‘Turkey caused the ceasefire in Libya to end. The conflict flared up again because of the terrorists and weapons Turkey supplied to the Sarraj government, LNA claimed. After Syria, Turkey-Russia tensions now continue to exist over the conflict in Libya.

Meanwhile, the European Union (EU) has announced fresh sanctions against Libya and decided to deploy the warships of European nations close to Libya’s waters. The objective behind the deployment was cutting off arms aid from any country or organisation or company to the Libyan government as also rebels. The EU asserted the warships and sanctions were necessary to end the Libyan conflict and bring relief to displaced Libyan citizens. The western media believes the EU decision of deploying ships near Libya had cornered Turkey.