Beijing: Even amid the Coronavirus Pandemic, China continues its bullying in the South China Sea and has now intensified its activities for supremacy in the region. In the last few years, China has aggressively stepped up its deployments in the South China Sea and prepared to impose an Air Defense Identification Zone (ADIZ) to establish its claim over the region. A Hong Kong-based daily has made the claim by citing officials from the Chinese and Taiwanese military. Before this, in 2013, China had declared an Air Defense Identification Zone in the East China Sea near Japan.

The recent events such as the new security law for Hong Kong, the statements made by Chinese military officials and think tanks on attacking Taiwan, as also China’s bullying tactics in the South China Sea against neighbouring Asian nations and US warships, all point towards China’s aggressive intentions. On the sidelines of the developments, China’s preparations on declaring the ADIZ in the South China Sea becomes significant.

In a statement last month, the Taiwanese Defense Ministry had said it was aware that China was making such preparations. As he provided more details on the matter, Lu Li-Shih, a former instructor at Taiwan’s Naval Academy in Kaohsiung, claimed that China was working on the plan for ADIZ for the past ten years. Furthermore, the construction of artificial islands as also the establishment of military bases on them, are all part of the strategy. At the time, Li-Shih drew attention to the fact that the military bases on the artificial islands had recently deployed surveillance planes as well as maritime patrol aircraft. 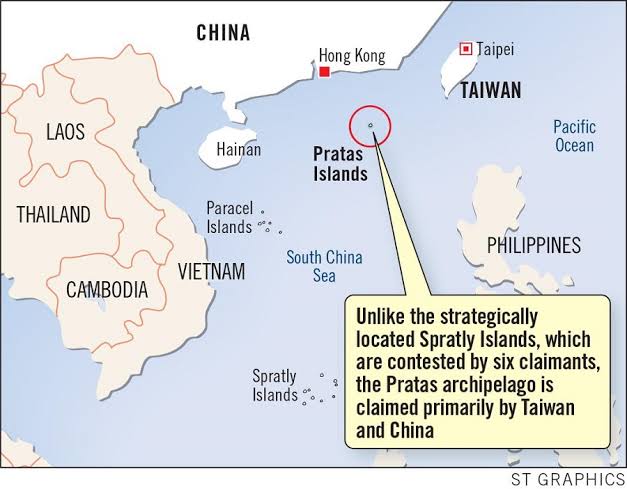 In a news report related to the developments, the South China Morning Post or SCMP, a Hong Kong-based daily, stated that Chinese military sources have also provided details on the preparations and announcements on the ADIZ. Accordingly, the proposed zone in the South China Sea will also include the stake claimed by other nations in the region. It comprises of the Taiwan-claimed Pratas Island, as even the Spratly and the Paracel group of islands, for which the Philippines, Malaysia and Vietnam have claimed their rights. Former Chinese military Official Li Jie confirmed the ongoing activities on announcing the Air Defense Identification Zone.