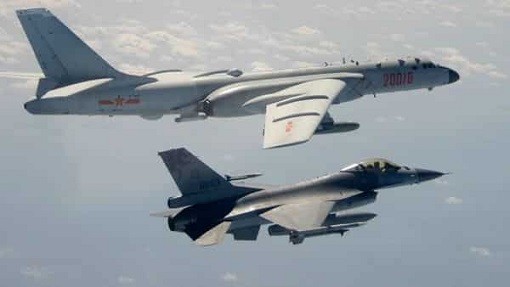 Taipei: Taiwanese Foreign Minister Joseph Wu issued a severe warning that said, ‘The ruling Chinese regime is rapidly stepping up its military deployments near Taiwanese boundaries. The movements are aimed towards settling the Taiwan problem expeditiously. The Chinese activities are thereby indicative of an increased threat of attack on Taiwan.’ Only a few days ago, Chinese government mouthpiece Global Times had threatened that China would gain control over Taiwan in a matter of hours if its military attacked the island.

‘Chinese aircraft are violating Taiwanese airspace almost every day. Last month, China violated the Taiwanese airspace more than usual. At the same time, the country is also carrying out aggressive activities near Taiwanese marine limits. The Chinese armed forces are repeatedly conducting war games with the objective of an invasion on Taiwan. The growing Chinese activities are a cause for severe concern to Taiwan,’ said the Taiwanese Foreign Minister as he drew attention to the threat of a Chinese invasion.

‘The Chinese Communist regime has failed in handling the Coronavirus pandemic, economic slowdown and massive floods. Therefore, the regime is under tremendous pressure from within. The regime may use Taiwan as a scapegoat to divert the attention of its people from the failure and launch an attack on us,’ Foreign Minister Wu said. 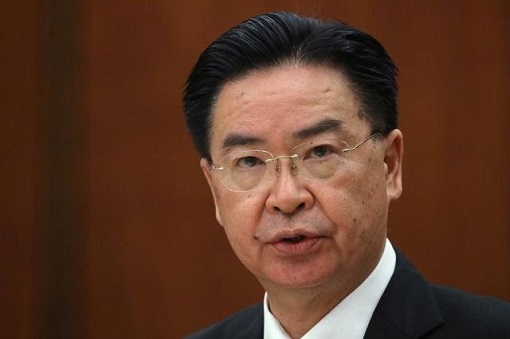 Also, the Taiwanese Foreign Minister reminded everyone of the Chinese Communist Party’s crackdown in Hong Kong. Foreign Minister Wu voiced fears over a likely failure of the international community to take strict action against China over Hong Kong, as it would cause the regime to become bold and similarly handle other matters. Wu went on to assert that Taiwan would have to bolster cooperation with countries such as the US and Japan if it were to counter a Chinese invasion.

A senior military official had warned in May that given current situation due to the Coronavirus pandemic, China would try to take control of certain parts of the South and the East China Sea. Although before the warning was issued and even after, Chinese activities against Taiwan have risen significantly. In a meeting at the end of May, a senior Chinese Communist leader and a military official had taken an adamant stance saying the time was most opportune to attack Taiwan. Tsai Ing-wen’s reelection was one of the prime factors for assuming such a position, and China’s posture towards Taiwan thus appears to have intensified further.

Even the US has started making forceful preparations to counter China’s aggressive activities against Taiwan. In the past few months, the US has scaled up the arms supply to Taiwan. The arsenal includes fighter jets, Harpoon missiles, Patriot missile system and torpedoes. The US has increased the deployment and presence of its aircraft carriers, destroyers, bombers, drones and patrol planes as well. Besides, the US has indicated introducing a bill authorising the initiation of military action against a likely Taiwan invasion. The bill being introduced in the US Congress is called the Taiwan Invasion Prevention Act and would allow the US President to take military action against an attack on Taiwan.