Washington/Tehran/Jerusalem: US President-elect Joe Biden will be sworn-in in less than two weeks. At the same time, Iran has become more aggressive. Ali Akbar Salehi, head of Atomic Energy Organisation of Iran (AEOI), announced that after it resumed enriching uranium to 20%, Iran has initiated the process of installing 1000 centrifuges. Also, the Trump administration has imposed new sanctions against Iran to corner the regime. Meanwhile, Israeli Defense Minister Benny Gantz has called on the nations of the world to unite to stop Iran, which is posing a challenge to international security by taking steps to develop nuclear weapons. 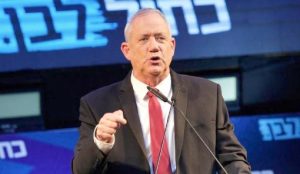 Current US President Donald Trump’s term will end in just 14 days. Iran is becoming confident about Joe Biden’s administration, which will then take over the reins in the US, of being favourable towards its regime. Iranian announcements in the last four days on its nuclear program appear to be in line with it. Two days ago, Iran started enriching uranium to 20% at its Fordow nuclear facility.

Israel has called it a violation of the 2015 nuclear deal that Iran had signed with the western nations. US media claims the decision has added to the troubles of incoming US President Joe Biden. Also, analysts assert that Iran has closed all avenues for reviving the nuclear deal by increasing the uranium enrichment levels. Even so, Iranian Foreign Minister Javad Zarif has put forth the condition of restoring the old agreement without renegotiation, to get Iran to step back on uranium enrichment. 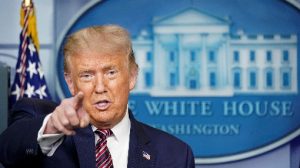 Before the US President-elect, Joe Biden and the European nations could react to the Iranian Foreign Minister’s proposal, Iran made another announcement on Tuesday. Iranian AEOI head Salehi informed that Iran would be installing 1000 IR-2M centrifuges at its nuclear facility and two cascades had already been installed. Simultaneously, Iran has taken its uranium production up to 30 tonnes in the past two years, and it will increase further by 5 to 10 tonnes by the year-end, Salehi claimed.

Within hours of Iran’s announcement on centrifuges, the US Department of Treasury announced new sanctions against Iran. The US sanctions target 12 Iranian steel companies. Treasury Secretary Steve Mnuchin said, ‘The Trump administration is committed to not letting Iran, a terror-sponsor and producer of destructive weapons, gain access to any financial assistance.’

Israeli Defence Minister Gantz has called on the international community to unite against Iran, which has incited terrorism in the Middle East and is taking steps towards becoming nuclear-armed. On the other hand, he has also instructed Israeli armed forces to remain prepared.