Beijing – China’s ruling Communist Party advised its members to keep away from Christmas celebrations under the pretext of focusing on preserving the local traditions in China. The CCP said that Chinese culture was more important and therefore one should not celebrate foreign festivals pompously. The advisory is already in effect in certain parts of the country, as a result of which the Christmas-themed goods have been cleared from the shops. The action in China is believed to be a part of  Chinese President Xi Jinping’s aggressive campaign undertaken against religious freedom.

A crackdown against Christmas celebrations was initiated in the Chinese cities of Nanyang, Hengyang, Langfang, Panlong and Fuping county. In the city of Nanyang, all the Christmas decorations and lights from the shopping malls and office complexes were removed after the visit of government officials. In the city of Hengyang, the local authorities issued an official notice warning that anyone selling Christmas goods or putting up decorations and lights would be liable to face penal action.

At Panlong in Yunnan province, hotels and establishments active in public areas were prohibited to arrange any events on the occasion of Christmas. The government notice read, ‘It is forbidden to wear Christmas hats, place Christmas trees, hang Christmas stockings for gifts and any other activity related to Christmas’. 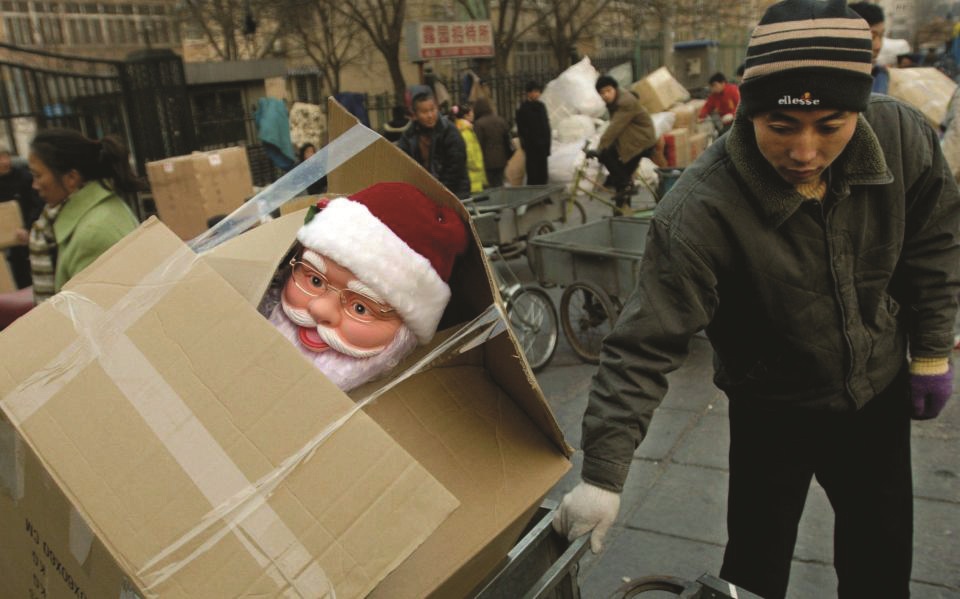 Aggressive action was taken against all the decorations and lights in the public places, and also against all the festive Christmas goods kept for sale in shops in Langfang city and Fuping county. When the international news agencies and representatives of foreign newspapers contacted the local authorities, they refused to give any reaction on the issue. The Chinese media has criticised the foreign media for attaching undue importance and blowing out of proportion, regime’s anti-Christmas action.

The atheist Chinese Communist Party, which does not assign any importance to religious freedom, has taken a very aggressive stance on the issue over the last few years. President Xi Jinping is trying to promote his image as the guardian of the Chinese culture, and intense action against Muslims and Christians is in line with this image-building exercise. In 2017, China had announced harsh rules sharply restricting the religious freedom of its citizens after which President Jinping ended religious freedom by enforcing independent laws for the purpose.

Last year, a few churches were destroyed under the orders from the ruling Communist Party. After that, a campaign was initiated wherein the Christians were asked to replace the religious signs and symbols of faith sacred to them with the photos and idols of President Jinping. Also, the decision to send more than 1.1 million Muslims in the country to detention camps had created quite a stir.

The Chinese Communist regime, which is a proponent of complete atheism, is unwilling to grant religious freedom to its people. The dictatorial regime fears that people would revolt against the government by using religious freedom. The international community has raised concerns over the Chinese rule striping the religious and fundamental rights of its people. At the same time, using its economic and political might, China had reportedly made attempts to suppress the voices raised against it.