Moscow / Kiev – Volodymyr Zelensky, a professional comedian, defeated the incumbent President Petro Poroshenko in the presidential elections held on Sunday. It has delivered a severe jolt to the United States and NATO front, which had backed Poroshenko. The result has, therefore, unsettled the western countries whereas, Russia has heartily welcomed the change.

On Sunday, more than 62% of Ukrainian citizens exercised their voting right, in the presidential elections. According to the results received late on Sunday night, Zelensky recognised as an ‘outsider’ and a ‘comedian’, defeated his opponent Poroshenko with 73% of the votes. The current President, Petro Poroshenko, staunchly anti-Russia is termed as a puppet in the hands of the western countries. At the same time, the tremendous corruption and lax administration during his tenure as president are believed to have gone against him.

The United States, the EU, as also Russia welcomed Volodymyr Zelensky’s victory. Russian President Vladimir Putin was hopeful that the new administration came under a person who was willing to cooperate with Russia. Even though the Russian President did not give any direct response, Russian Prime Minister Dmitry Medvedev’s reaction was noteworthy.

‘The new Ukrainian President Volodymyr Zelensky has a good opportunity to improve relations with Russia,’ Russian Prime Minister Medvedev said. Although the European countries have welcomed Zelensky’s victory, they have cautioned him not to make any strategic mistakes after assuming power. The EU’s warning seems to be directed at Ukraine’s approach towards Russia. 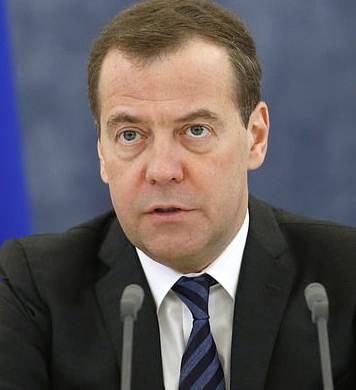 After his defeat, Russia was in jubilation over the election results, criticised Poroshenko. Russia is convinced that the results have ensured Ukraine to have once again come under its influence. It is therefore that Russia has begun celebrations, Poroshenko said.

In 2014, Russia took control over the land of Crimea and declared support to the rebels in east Ukraine. Therefore, tensions have risen tremendously between Russia and Ukraine, while Poroshenko only added to it, by consistently adopting an anti-Russian stand. The United States and European Union had supported the position. However, analysts claim the US and EU would have to face challenges after Poroshenko’s defeat.

The US and EU derived a strategic advantage due to Poroshenko’s vitriolic stance against Russia during his tenure. Nevertheless, considering the changed scenario, the US and NATO would now be forced to reassess their strategies.