Washington: Singapore has great importance in Southeast Asia and will soon be equipped with F-35B, the super-advanced fighter jets from the United States. The US Department of State made an announced on the defence deal with Singapore. The decision to supply super-advanced fighter jets to Singapore is said to be a significant strategic move of the United States against the growing Chinese aggression in the South China Sea.

After discussions between the two leaders, the United States has decided to supply 12 units of F-35B, naval variant of the super-advanced fighter jet. Singapore will be buying the F-35Bs, which are the only 5th generation fighter jets in the world, at an estimated cost of $2.75 billion. The US State Department made an announcement on the deal. The F-35Bs will replace the old F-16s in the Singapore navy.

The fighter jets are famous for the ability to conduct vertical take-offs and landings. Therefore, the planes are said to augment the strength of the Singapore navy. After the US State Department, the deal now awaits an approval from the US Congress, which is expected in the next three months. Additionally, the US Department of Defence stated that the sale of F-35Bs to Singapore was beneficial for the US foreign policy and national security. 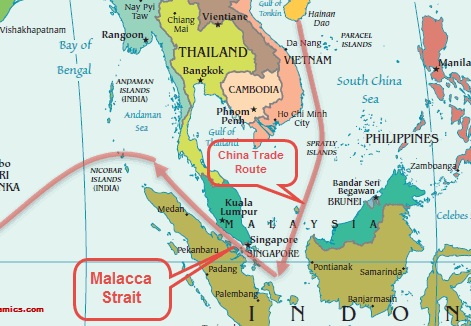 Singapore is known to have the best Air Force in Southeast Asia. However, the country which lies between two critical marine regions, the South China Sea and the Strait of Malacca, does not have a powerful navy in comparison. A significant amount of Chinese oil and trade movement occurs through the Strait of Malacca, which connects to the Persian Gulf.

Given the scenario, international analysts believe the United States has posed a significant challenge before China by deciding to supply F-35Bs to Singapore. Previously, the United States has provided fighter jets and destroyers to Southeast Asian countries of Vietnam and the Philippines. On the other hand, it has also sold F-35Bs to Australia, Japan and South Korea in the Indo-Pacific region. Now, Singapore also features on the list.

A vitriolic reaction may emerge from China over the deal for supply of F-35Bs to Singapore. In the past, China had warned that the Southeast Asian countries should not remain under the misconception that they would be defended by foreign countries lying outside the region.