Geneva/Tehran/Seoul/Rome: The World Health Organisation issued a grave warning against the Coronavirus. ‘The opportunity to contain the Coronavirus outbreak is narrowing, and the world needs to take steps quickly before the window closes. The outbreak can sway in any direction. If we are able to act expeditiously, we will be able to avert a major calamity. However, if this opportunity is lost, it could turn into a significant crisis,’ WHO stated. Although the number of patients and deaths in China are reportedly receding, the incidents in South Korea, Iran, Italy and Canada indicate that the severity of the outbreak is constant.

The Coronavirus epidemic has acquired dangerous proportions in South Korea in the last 48 hours. Two people have died during this period while the number of patients has reached 433. Among them, 299 new patients were reported in the last 24 hours. The patients were from the cities of Daegu and Cheongdo. Significant restrictions were imposed on the movements of its citizens while the cities were declared as special care zones. South Korea becomes the second country after China to report a maximum number of cases of the Novel Coronavirus. 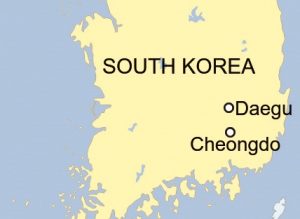 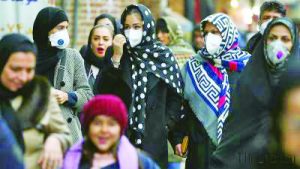 The epidemic has reached the Middle East and is spreading fast in Iran as well. Iranian agencies were not willing to share any information regarding the epidemic until the beginning of last week. Nevertheless, the situation has changed during the previous three days, and five deaths were reported until Friday. All of the deaths were reported from the Iranian city of Kom. Other than these, 28 cases of the Coronavirus were reported. The mystery around the disease continues to grow further as the Iranian agencies have claimed that the people were not connected with China.

The spread of the Coronavirus epidemic appears to be increasing in the European country of Italy. A few days ago, a local minister declared the death of a 78-year-old citizen in Italy’s Veneto city. At the same time, 14 new cases were reported in the Lombardi province, increasing the risk of the epidemic spreading. Given the threat, ten cities were placed under lockdown to prevent further contamination while adding restrictions on transport along with many other activities.

A 30-year-old Canadian woman, who was visiting Iran, was hit by the Coronavirus and medical experts said the matter was quite grave. Since the 30-year-old was detected with the Coronavirus, the number of cases in Canada has now reached nine.