Washington / Moscow – US National Security Advisor (NSA) John Bolton arrived in Russia on Saturday for a visit. The attention of the whole world is focused on the visit taking place at a time when the United States is preparing to withdraw from the nuclear treaty with Russia. Bolton is scheduled to meet with Russian President Vladimir Putin and Foreign Minister Sergei Lavrov for discussions. Sources indicate that the discussion would cover many topics such as the sanctions imposed on North Korea and the like. 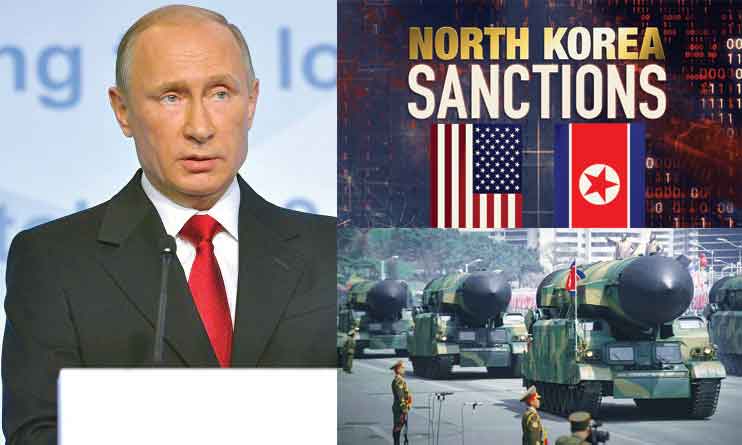 ‘If there is ever a nuclear attack on Russia, the whole world will be destroyed’, threatened Russian President Vladimir Putin less than 24 hours ago. Earlier, it had also been revealed that there was a dispute over a nuclear treaty with regard to the reduction of nuclear weapons between the United States and Russia. The United States had alleged that Russia was developing new short-range nuclear weapons and had warned of strongly retaliating against them. Thereafter, Russia had accused the United States of creating obstacles for the new nuclear treaty and also of being unwilling to sign it.

Bolton is said to have adopted an insistent stand with President Trump over the nuclear treaty between the United States and Russia, asking for it to be scrapped. As per sources, Bolton is expected to reiterate the same stand before Russia during his visit.

The US-Russia relations have, in fact, worsened over the last one year. The issues of the Ukrainian conflict, the alleged Russian interference in the US elections and support to the Assad government in Syria are some of the main points of dispute between the two countries. The nuclear weapons issue has only been an addition to it. A possible spark of conflict is also being anticipated as both the countries have taken an adamant stand on the issue.

Along with the nuclear weapons, Bolton is also claimed would present the United States’ stand concerning North Korea before Russia. Both Russia and China are demanding a withdrawal of sanctions against North Korea. However, the United States policy is to be firm on maintaining the sanctions. Few of the Russian media have claimed that Bolton’s visit is a precursor to the meeting between US President Donald Trump and Russian President Vladimir Putin.

Washington: US President Donald Trump announced the establishment of the US Space Force. The President…