Moscow – “If they (the United States) introduce something like a ban on banking operations or the use of any currency, we will treat it as a declaration of economic war,” sternly warned Russian Prime Minister Dmitry Medvedev. On Wednesday, the US has imposed sanctions on the export of Russian electronics and sensitive technology, over the incident of the poisoning of a former spy in the United Kingdom. In view of these events, the aggressive reaction from PM Medvedev draws attention to itself.

“If they introduce something like a ban on banking operations or the use of any currency, we will treat it as a declaration of economic war. And we’ll have to respond to it accordingly – economically, politically, or in any other way, if required. Our American friends should make no mistake about it,” the Russian Prime Minister reprimanded in strong words.

“There is a history of such economic sanctions being imposed on Russia many times in the past but has made no difference to us whatsoever”, Medvedev reminded at this time. Russia has survived under the pressure of sanctions for the last 100 years. The US and its allies have used sanctions to end the global competition. However, it has not affected anything,” said Prime Minister Medvedev while warning that Russia will not succumb in the face of the sanctions. He made a specific mention to the sanctions imposed over China and also those on Russian oil exports to Europe during his address. 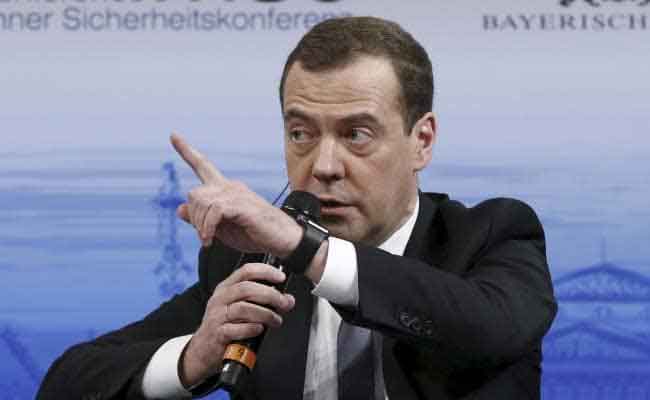 The Russian Prime Minister’s threat against the US sanctions is noteworthy. Previously, neither Russian President Vladimir Putin nor other Russian leaders or officials had not delivered any stringent warnings apart from a one to retaliate against the imposed US sanctions. It was recently that Russian President Vladimir Putin had claimed about the Russian economy becoming more robust in the backdrop of US sanctions. It is with this that PM Medvedev’s aggressive tone signals at Russia adopting a changed stance.

The acute repercussions of the US sanctions imposed on Wednesday against Russia were visible in the country. The Russian Ruble has plunged to its lowest level since August 2016. Concurrently, the Russian share market has reportedly plummeted and is said to have delivered one of the biggest blows in the recent past. These events indicate the US sanctions of being successful at giving Russia a setback.

Beijing / Washington - China has intensified the atrocities and oppression of Uighur Muslim minorities.…